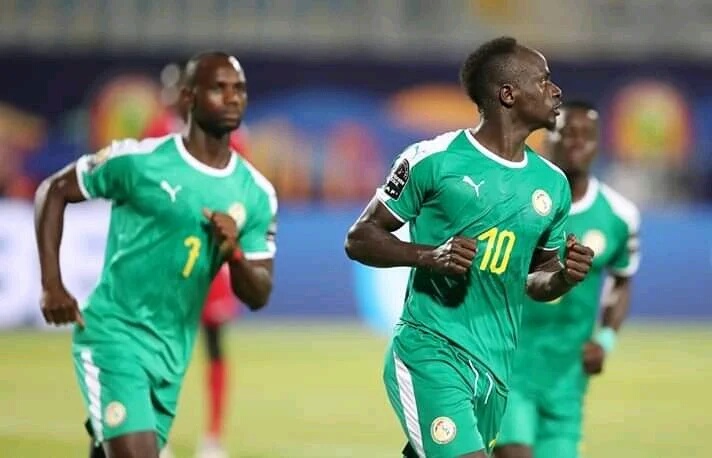 The Teranga Lions of Senegal have advanced to the quarterfinals of the Africa Cup of Nations (AFCON) after beating the Cranes of Uganda in last 16.

The game at the Cairo International Stadium saw the Lions scale through with a 1-0 victory, thanks to a Sadio Mane first half strike.

Aliou Cissé’s men endured a stern test through out the entire 90 minutes as Mane missed a penalty with Dennis Onyango keeping out the Liverpool forward.

It was an exciting start to the game with Mane opening the scoring in the 15th minute, but missed an opportunity to bag a brace as he had his penalty saved in the 58th minute.

Senegal managed to maintain their one goal lead to set up a quarterfinal clash with Benin.

Earlier on Friday, Benin Republic stunned Morocco, winning 4-1 on penalties, in another round of 16 clash to reach the last eight.

It is worthy of note that Morocco had maximum 9 points in the group stage while Benin struggled to qualify, drawing all 3 matches.

The clash between Senegal and Benin is billed to take place on Wednesday 10 July, 2019.

The round of 16 clashes continue Saturday, with Super Eagles of Nigeria taking on the Indomitable Lions of Cameroon while Egypt face South Africa.