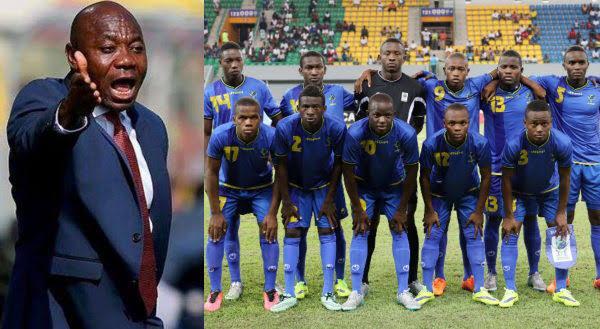 Ex-Nigeria international and head coach of Tanzania national team, Emmanuel Amuneke says his team lack experience, character and maturity, hence are not in position to compete.

Amuneke, who led the Tafia Stars to their first Africa Cup of Nations (AFCON) in 39 years, said this after they lost their first two games at the tournament.

Tanzania kicked off their campaign in Egypt with a 2-0 defeat to Senegal last Sunday, before squandering a lead in their second game against Kenya to lose 3-2 on Thursday night.

The East African nation now has a very slim chance of advancing to the second round of the competition, as they take on Algeria in their final group game.

“The reality is, in a game of football if you don’t know how to manage the game to your advantage, you pay for it,” Amuneke told reporters after the game.

“We started on a very good note, scoring first then leading the game towards half time, but there were a lot of crazy things, we committed a lot of mistakes.

“As a coach you are helpless, you feel you want to help them, but you cannot turn it around. Most players play in the Tanzanian league, we lack experience, it’s a good thing we came to this Afcon, and it’s a good thing for Tanzanian football, to open their eyes.

“The truth is that at the moment we’re not in a position to compete.

“Our target, we are privileged to have qualified for the Afcon, after so many years we’ve missed out and now we’re here after all these years.

Tanzania will be hoping to finish the group stages as one of the four best third-placed teams by scoring many goals and winning against Algeria in matchday three.