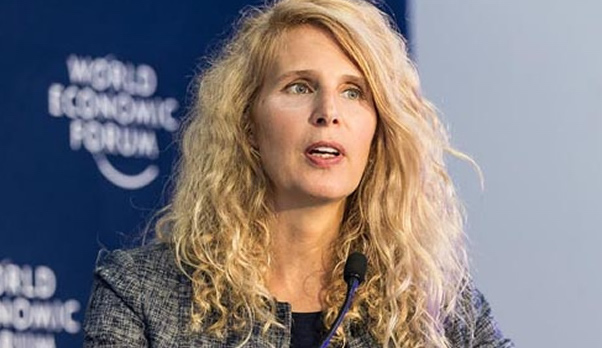 AfDB, which disclosed this in a statement on Wednesday, said Blanke’s resignation was effective July 4.

Meanwhile, the Bank’s President, Dr. Akinwumi Adesina, commended the outgoing vice president for her contributions to the AfDB success over the past three years.

“She has demonstrated genuine leadership skills and moved the needles on so many fronts, especially in the areas of food security, women’s financial empowerment, and job creations. I wish her all the best and look forward to continued partnerships and engagement with Jennifer,” Adesina said.

READ ALSO: We didn’t ask Adesina to step down for probe —AfDB Bureau

Blanke, who joined AfDB in early 2017, said she was leaving the bank to join her family in Switzerland.

She said: “I am leaving purely for family reasons to rejoin my family in Switzerland, after a very fulfilling time at the bank. I will miss the bank and the excellent team we have built. I will continue to strongly support the bank from wherever I am.

“I thank President Akinwumi Adesina for his strong leadership, guidance, and support which have undoubtedly motivated and helped my team and I to play a key role in the transformation of the bank. I feel privileged to have been given an opportunity to contribute to the bank’s agenda for accelerating Africa’s social and economic transformation.”

The 56-year-old AfDB is currently enmeshed in a crisis after its president was accused of breaching the bank’s code of ethics.

The United States Department of Treasury had repeatedly called for an independent probe of corruption allegations against the Nigeria-born AfDB president despite being cleared by the bank’s ethics committee headed by Takuji Yano last month.

However, Adesina, who is seeking re-election as the bank’s president, has firmly and consistently declared his innocence on the allegations.

Several former African presidents including Nigeria’s Olusegun Obasanjo and Goodluck Jonathan, have continued to rally support for Adesina, who is also his country’s former Minister of Agriculture, on the matter.

President Muhammadu Buhari has also thrown his weight behind him.