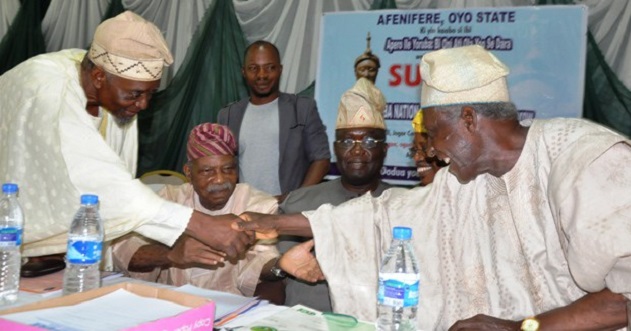 The pan Yoruba Socio-political association, Afenifere, has championed the need to restructure the polity rather than the current move to review the constitution by the Senate.

According to the grouo, the review will not solve the myriad of challenges confronting Nigeria.

This was contained in a statement issued on Thursday by the General Secretary of the group, Sola Ebiseni.

According to Ebiseni, the organiation decided not to submit a memorandum at the public hearing because the session of the two arms of the National Assembly, since 2007, had embarked on the same jamboree of constitutional amendment spending public funds on public hearings, without any result.

He added that Afenifere believed in the restructuring of the country and true federalism as he emphasized that the National Assembly must also be discussed in the process of restructuring.

He added the “we cannot claim to be in a democracy and be governed by a constitution that does not emanate by the people. Amendment will not cure the anomalies. You cannot put something on nothing and expect it to stand.”

Ebiseni further questioned the integrity of the process due to the opposition by the NASS leadership after Southern Governors declared their support for restructuring.