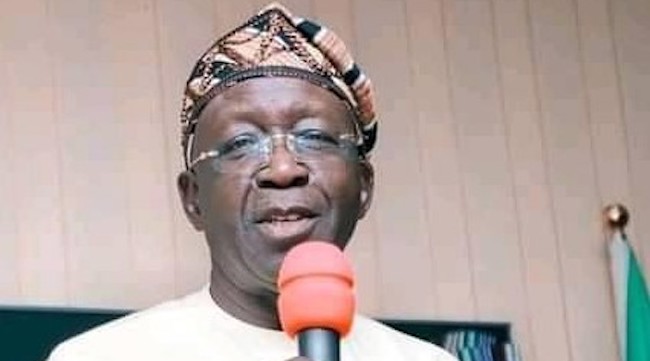 The five governors of the Peoples Democratic Party (PDP) who rejected Alhaji Atiku Abubakar’s bid for the presidency are being supported by Afenifere, the pan-Yoruba socio-political organization, which issued a statement towards that effect.

The group attributed the PDP crisis to the party’s constitution being broken as well as the suggestions made at the 2014 national conference regarding the rotation of power between the northern and southern states of the nation.

Chief Sola Ebiseeni, the secretary-general of Afenifere, said in a statement issued on Tuesday. that the organization supported the position of the five PDP governors opposed to former vice president Atiku Abubarkar’s presidency, led by Rivers State Governor Nyesom Wike.

Afenifere was of the opinion that power should shift to the south after President Muhammadu Buhari, a northerner, has served an eight-year term.

He went on to say that it is blatant hypocrisy for politicians to openly sabotage their parties during elections and shamelessly reject the equity they preached when it comes to the most important office while simultaneously refusing to compromise on the zoning of their state’s Houses of Assembly, National Assembly, and governorships.

The statement reads, “The PDP was birthed in the legacy of national healing and consensus, enthroning regional and geopolitical zoning of the office of the president as the harbinger of peace and progress. “Notwithstanding, its loss of power in 2015, it is being looked upon as the general purpose vehicle for national redemption so much that those who transgressed against it were soon forgiven and welcomed with open arms without loss of precedence and honour.

“The party, however, bit the forbidden fruit the moment it deceived itself that the centre could hold while destroying the foundational covenant. We hold it evidently true in nature that in the current conflict between the PDP on one hand and righteousness, truth and justice on the other, the result is a foregone conclusion.

“In fairness to Ayu, the position of the national chairman is what belongs to him as of right of the convention of the party and which he got by consensus. However, before his inauguration on the 31st of October 2021, he had already granted interview suggesting the emergence of a northern presidential candidate and that he would resign in that eventuality, a promise now his albatross.

“The just call by the Integrity Group led by Governor Nyesom Wike and his colleagues and reasoned with by well-meaning party members and other Nigerians is a mere parable against the decision of the PDP, seeking iniquitously that power should remain in the North after eight years of its presidency through Muhammadu Buhari.

“The nation earnestly awaits the full expression of the integrity in the righteous league with the Southern and Middle Belt Leaders Forum and the APC group led by Babachir Lawal. Ayu or the national chairman of any political party is not the issue in the quest for inclusiveness and justice.”

Adeleke, Oyetola at loggerheads over executive orders, sack of workers