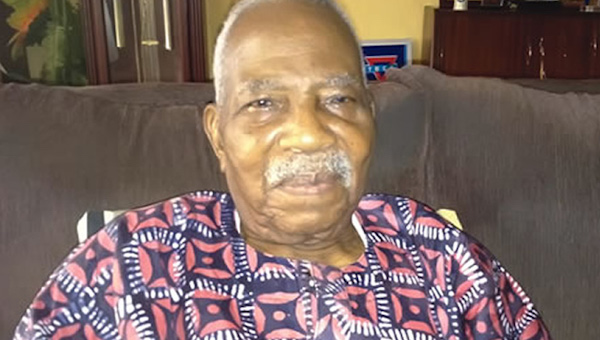 The pan-Yoruba socio-political organisation, Afenifere, on Monday rejected the move to review the 1999 Constitution by the National Assembly.

It, therefore, recommended the adoption of the reports of the 2014 national conference and restructuring of Nigeria as a basis for a meaningful new constitutional order for the country.

Afenifere stated these in a communiqué issued at the end of its national caucus meeting presided over by Chief Reuben Fasoranti.

It added that the recommendations of the 2014 conference should be an alternative to constitution review which “has become a ritual every four years without tangible progress.”

The organization also rejected the Water Resources Bill, saying it seeks to convert waterways to RUGA facilities for the Federal Government.

The communiqué read: “The meeting reviewed the latest invitation for memoranda by the Senate for constitutional review and observed that the exercise has become a ritual every four years without tangible progress. It would be sad if the country is being taken through another motion without movement in the midst of its constitutional disorder.

“We, therefore, recommend the reports of the 2014 national conference and other profound positions on restructuring as a basis of a meaningful new constitutional order for Nigeria. The mainly pro-federal reports have enough provisions to take Nigeria out of its present crisis.

“The meeting also discussed the Water Resources Bill rejected by the 8th National Assembly which has been revived surreptitiously by the House of Representatives and concluded that a dangerous agenda is being pursued by the Executive in wanting to subvert the Land Use Act in the constitution that vests lands in the states in the govern.

“The meeting considered the recent increases in the prices of petroleum products and electricity as the most insensitive policies against people being ravaged by a national pandemic without adequate support from their government. To ask Nigerians to pay more for these facilities is wicked and inhumane. We call on the people to use all constitutional and peaceful means to resist and reject the hikes.”

Related Topics:Afenifereconstitutional review
Up Next

No going back on removal of fuel subsidy —Buhari