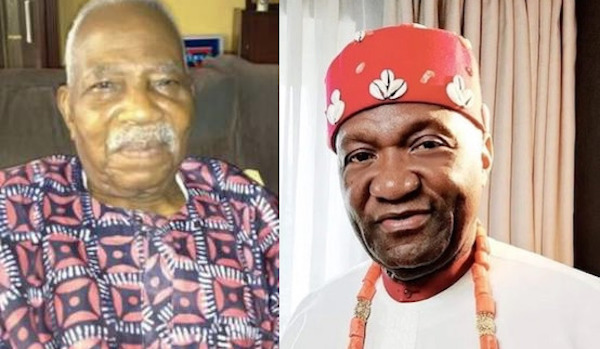 The Pan-Yoruba political organisation, Afenifere and its counterpart in the Igboland, Ohanaeze Ndigbo, on Saturday, condemned the ongoing looting and destruction of properties by hoodlums hiding under the #EndSARS campaign nationwide.

In a joint statement issued by the duo of Chief Reuben Fasoranti (Afenifere) and Chief John Nwodo (Ohanaeze), the two socio-political organizations also condemned last Tuesday’s shooting of #EndSARS protesters by soldiers in the Lekki area of Lagos.

“We reject this devilish attempt and ask the police to investigate and arraign suspected perpetrators responsible for the violence. The essence of law and order is for individual citizens to answer for their actions.

“It is where law enforcement is weak that you begin to cast ethnic slur when crimes are committed instead of holding the perpetrators.

“We appeal to our peoples to continue to live together in peace and harmony and not allow divisive elements to put a wedge between them. Solidarity forever.”

Lalong reimposes curfew in Jos over looting of COVID-19 palliatives