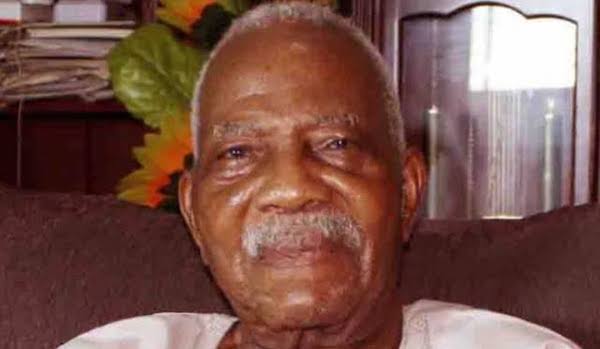 The Pan-Yoruba Socio-Political group, Afenifere on Thursday renewed the call for the restructuring of Nigeria, saying the country is on the brink of imminent collapse.

The group stated this during its monthly national leadership caucus meeting held at the country home of its Leader, Pa Reuben Fasoranti, in Akure, Ondo State.

In a communiqué issued at the end of the meeting and released to journalists by its National Publicity Secretary, Yinka Odumakin, the group said the country had virtually become ungovernable and unless it is restructured and restored to federalism, it would collapse.

The communiqué read: “As Nigeria enters the worst recession in 33 years and the second in five years of President Muhammadu Buhari, we are equally besieged by the attendant poverty/hinged as well as insecurity worsening across the land with kidnappers, armed robbers and bandits on the prowl and government helpless and unable to govern effectively.

“And nobody should take this country on any childish ride, we should just implement the report of 2014 conference now.”

The Afenifere also expressed concern at how the Federal Government tackled the #EndSARS campaign.

It commended the United Kingdom Parliament over the bold debate on the #EndSARS malady and described as a welcome development, the decision to sanction top officials of “a supposed democratic government in Nigeria behaving like a military junta.”

The group accused President Buhari of placing his kinsmen of northern extraction above other Nigerians and called for the immediate opening of Seme borders and other borders in the southern part of the country.

The communiqué added: “Meeting condemned Buhari government’s attitude of a dog that breastfeeds its own puppies and kills other animals for lunch as per management of borders. While the Seme and other Southern borders have been closed for more a year now against our people and recently opened for the use to Dangote and BUA, Nigeria is constructing a rail line and about N30billion highway to connect with Fulanis in the Niger Republic with whom the Fulanis running Nigeria have cultural kinship.

“We reject this apartheid policy and demand the reopening of SEME and other southern BORDERS now!”

Related Topics:AfenifereRestructuring of Nigeria
Up Next