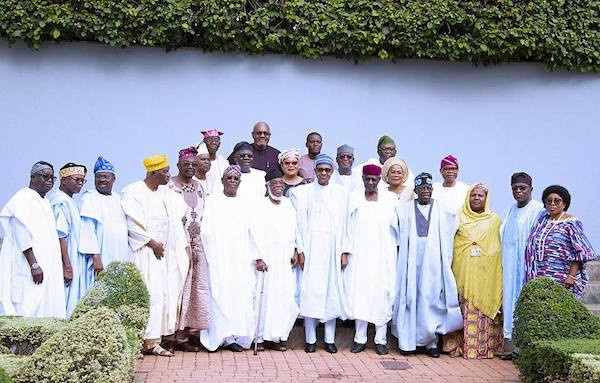 The Yoruba socio-cultural group, Afenifere, has said the South-West would not surrender an inch of its land for Ruga settlement for herdsmen.

This was disclosed by Yinka Odumakin, the Secretary General of the Association, adding that Yoruba was not in support of the Ruga settlement ameant for Fulani herdsmen, describing it as a ploy to colonise the country by the nomadic tribe.

According to Odumakin, the moves had confirmed former President Olusegun Obasanjo’s statement that there was a plan to ‘Fulanise the country.’

On whether the Ruga settlement would end pastoralist and farmers’ clashes as claimed by the Federal Government, Afenifere said: “They can tell that to the marines; The Federal Government simply wants to carve out land from every community to give to the Fulani.

“When former President Obasanjo said there was a plan to ‘Fulanise’ Nigeria, they said it was not so, but what are you doing? For us in the South-West, no inch of Yorubaland would be given for Ruga because it is a plan to colonise the country. It is like what the British did.”

Odumakin pointed out that the plan was capable of precipitating crisis and jeopardizing the unity of the country, stating that the agenda was “sectional and clannish.”

He said: “Now that they are talking of local government autonomy, the plan is to turn the Ruga settlements to local governments for the Fulani in the future. So we reject the agenda, we don’t accept it.

“We are enlightened people; we can’t be deceived by such a ruse. They don’t care about the unity of this country and they are running Nigeria in a sectional way and pandering to clannish interests.”