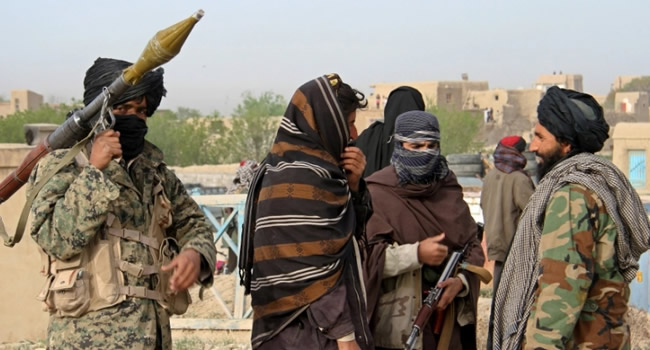 The Afghanistan government has imposed a 10pm to 4am curfew across 31 of the country’s 34 provinces, in a bid to curb a surging violence unleashed by Taliban fighters who have continued to launch offensive in recent months

A statement by the Afghan Interior Ministry on Sunday reveals that the widespread Taliban assault has seen the insurgents capture key border crossings, dozens of districts and encircle several provincial capitals since the US-led foreign forces began their final withdrawal in early May.

“To curb violence and limit the Taliban movements, a night curfew has been imposed in 31 provinces across the country,” the statement signed by a ministry official, Panjshir Nangarhar, said.

The withdrawal of American-led foreign forces which is all but complete, has seen the resurgent Taliban now controlling about half of Afghanistan’s 400 districts.

After a brief lull in violence during this week’s Muslim holidays of Eid Al-Adha, fighting resumed with the authorities claiming to have killed more than 260 Taliban fighters in the past 24 hours across several provinces.

As the fighting raged in recent weeks, the US military was forced to carry out air strikes “to support” Afghan troops to repel Taliban offensives even as its overall withdrawal continues on Friday.

The action by the US military drew the anger of the Taliban who issued a terse warning against carrying out air strikes.

“It is a clear violation of the signed agreement that will have consequences,” the Taliban said in a statement.

The Taliban also warned the Afghan government against launching any offensive, saying the group will “strongly defend their territories and not remain in a defensive posture if the enemy insists upon war”.

Related Topics:AfghanistaninsurgencyTalibanUS military
Up Next

US Secretary of State to visit India, Kuwait July 28