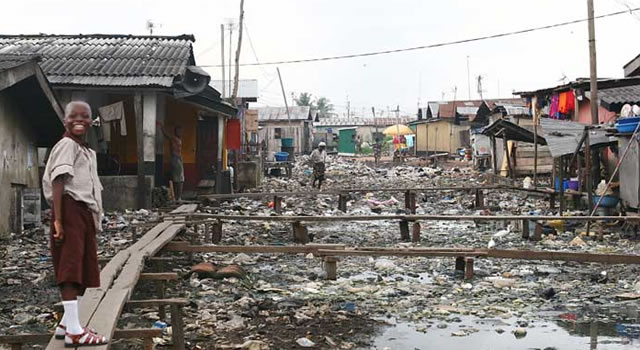 There is no other continent that has contributed so much foreign investments to world development at the time of Peace and Wars than the African Continent. Instead of returns in dividends and economic progress, Africa regresses into penury.  Africans spurred economic development, businesses, riches, nurtured Trans-Atlantic trade and fought World Wars abroad for free; more than any other continent on Earth.

Nevertheless, African contributions in Foreign Investments and Peace to the outside world has hardly been appreciated outside academic literatures. If anything, it has been derided for giving so much and keep on giving, not only in blood and sweat but in free labor, gold, diamond, uranium cobalt and lately in money laundering. It is a continent that gave everything it had and kept on giving while driving itself into states of Poverty.

If one goes by their definition of foreign Investment taught in most prestigious Western and Eastern school of Economics, there is this reverse sociopolitical school of thought that they are the one pouring riches and humanitarian free labor into Africa! They package it so well, even many Africans believe that they are the receivers of “Foreign Investments and Aids”. Indeed, Africans keep on begging for more. They are obliged!

Unfortunately, most Africans have been conditioned to believe no foreign Investment flow from Africa into Europe, America and Asia; only in the opposite direction. They want Africans to believe that after all they did, like the Marshall Plan for Europe after World Wars, Africans are impervious to progress and development. Many Africans are habituated into a trance of being indifferent to progress. Sadly, some Africans bought it and sell it to their fellow Africans and younger generation.

In other words, nobody could be so generous and welcoming as the American Indians and not be subjugated, for their foolishness. Only naive people welcome those whose intention is to exploit every living soul out of you. Then, ask why you were so stupid after the fact. It is one thing to be trusting and accommodating, which is humanity in Africans but quite another to relegate useful lessons to history in view of today’s economic realities. Even some Africans are against reparation. For what, they ask.

If Africans gained nothing from foreign Investments into other continents, what do they have to gain from money laundering and fervent worship of foreign currencies that used to be backed by gold from Africa (Gold Coast) as promissory notes? They turn around to print payment vouchers that can only be used to purchase glittering foreign goods and services in their stores. The same pretty printed papers they generate as they wish while devaluing African currencies against theirs.

So, how much of your currencies can you print as they devalue it for themselves to buy more? They devalue currency and watch Foreign Reserve like a hawk for the best place to “invest”. Some Africans cannot see the link, so they also campaign for Devaluation because they believe it will spur growth in African countries from those buying more. The more they buy, by their postulation, the more Africans that are employed. No, our young folks bolt out of the country to sell themselves cheap in order to escape poverty.

Some Africans are following classic economic principle that has no relevance to those whose only contribution their exploiters want, are raw materials and what are allocated to them to grow in return for finished goods outside our sphere of influence. It basically means Africa is used as farm of production or plantation to feed their economies.

There were some questions and answers between Stokely Carmichael and university students years ago at a foreign university, that came to mind. A student claimed his ancestors were originally from the West Indies, not Africa. Stokely, a Trinidadian by birth asked him where they were before West Indies and he claimed they were on the Sea. In that case, Stokely answered, that they were seamen or came from the sea!

Stokely educated him that the West Indies were meant to be sugarcane plantations to feed the machineries in Europe and America, not countries. Stokely could have added African countries too, as private properties of African Trading Companies created by European private businesses until the English and French Armies took over to enforce the massacre of recalcitrant Africans resisting memberships as their “Protectorates”.

Read also: Amotekun, what is the Arewa north afraid of?

These “stubborn” Africans were Ashanti, Ijebu, Benin, Sokoto, Zulu etc. Indeed, African soldiers were used against one another. Jaja of Opobo, one of the rebels that cut off the British middlemen and started trading with Europeans directly had his own standing Army. Unfortunately, his Army and those of the Hausa were used to subdue the Ashanti that rejected British Protectorate.

The same tactics were used to subdue him to control his influence and power on direct trade with Europe. Similarly, they subdued the Ijebu, Benin, Sokoto and went further South to subdue the Zulu. Their British and French Governments came to the rescue of their Private Companies operating around the Niger and Southern Africa communities in order to control and regain commerce. You call that foreign Investment into Africa, eh?

African Armies across Africa called Senegalese, Hausa, Congo or Moroccan Tirailleurs contributed their blood for Peace during World War I and II to liberate France and Britain. We saw how poor Senegalese soldiers that protested against crumbs in pension after   France liberation in World Wars were massacred by French soldiers to stifle their rights.

Even Britain was until recently deporting old soldiers that fought to liberate them back to the Caribbean until it hit the newspapers in 2019. Their Black liberators that had lived in Britain without giving them the proper papers they deserved. They could not get the benefits they were due, as their fellow soldiers that served in the same World Wars!

Their Black Plantations have nothing to do with creating countries but creating business centers and commercial influence that would feed Europe, America and now Asia. This is how they have been operating since then and now. What they call Foreign Investment is the total control of trade and commerce where they take the lion-share of African natural and human resources. Nothing has changed.

Instead of begging for foreign Investment, Africans must learn how to keep their Investments at home. Stop exchanging mirrors for gold!