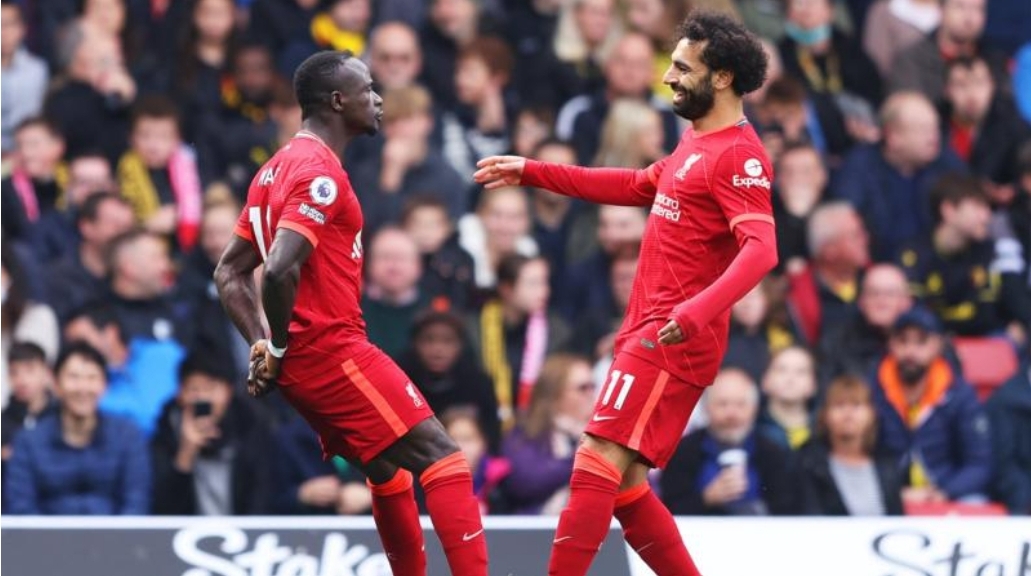 Mohamed Salah has become the joint top-scoring African in the Premier League after equaling the record of former Chelsea star, Didier Drogba.

Salah, who bagged his 104th Premier League goal in Liverpool’s 5-0 victory at Watford on Saturday, toook his tally level with Drogba.

Ivorian, Drogba accumulated 104 goals over two spells with Chelsea before his eventual departure, for a second time, in 2015.

Egyptian Salah, who also has a previous affiliation with Chelsea, has become one of the Premier League’s most prolific forwards since joining Liverpool from Italians Roma in 2017.

In his four full seasons on Merseyside, Salah has not dipped below 15 league goals, a level of consistency which has swiftly lifted him up at Anfield, where his is dubbed the ‘Egyptian king’.

The Senegalese scored his 100th league goal on Saturday when he opened scoring for the Reds in their 5-0 away win at Watford.

Mane, a former Southampton star, netted 21 times in the Premier League for the Saints in the two seasons he spent with the club in the top flight, before he switched to Liverpool in 2016.