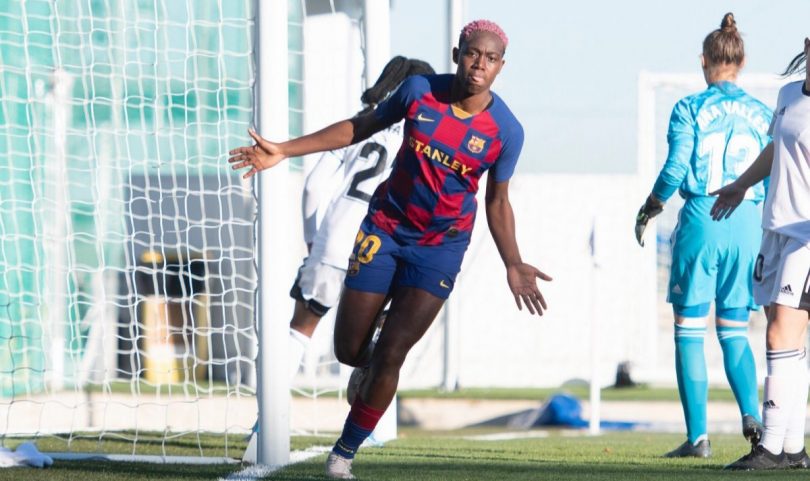 Reigning African women’s player of the year, Asisat Oshoala scored four goals to help her club, Barcelona Ladies to a 6-0 victory on Saturday.

And Jennifer Hermoso and Marta Torrejon were the other goalscorers for the team.

She has now scored in three straight league games and has taken her tally to 14 after 14 appearances this season, as Barca have gone 15 games unbeaten.