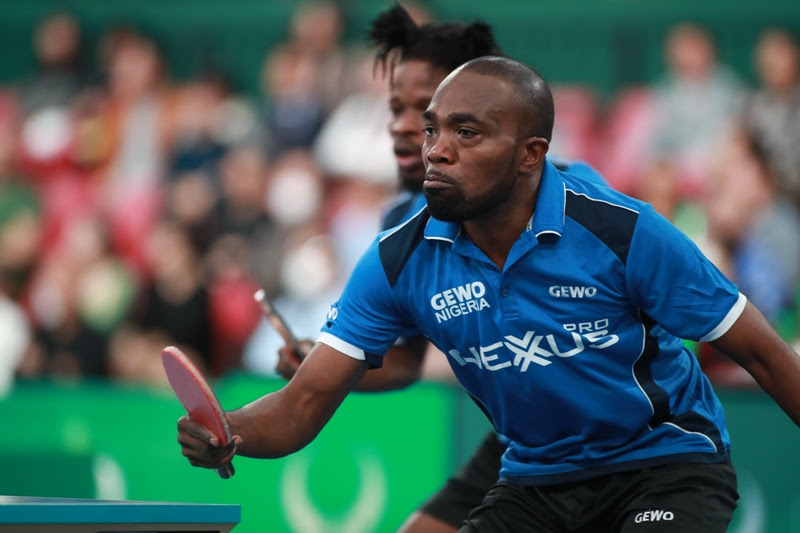 Africa’s representatives at the ongoing ITTF Team World Cup, Nigeria and Egypt have crashed out of the competitionp on Thursday after failing to advance from their respective groups.

The 12-team competition involved the continental champions as well as the top ranked teams in the world while it also serves as a test event for the Tokyo 2020 Olympic Games.

Despite the spirited efforts by Nigeria, it was world number 10, Yun-Ju Lin that thwarted the African champion resurgence.

The heroics of Aruna Quadri could not save Nigeria from losing 3-1 to Chinese Taipei, with Yun-Ju Lin single-handedly taking charge in their triumph.

Like Nigeria, Egypt made frantic efforts to overcome Ukraine even with the fire-power of Dina Meshref they were taken to the cleaners by the defensive style of the European team.

Read Also: After losing to China, Nigeria & Egypt in make or mar ties in Tokyo

Meshref has however described the performance of African teams as commendable considering the quality of opposition they battled in Tokyo.

“I think Africa has come of age and now we can compete with the best in the world. Nigeria was not beaten without a fight and we also gave the Chinese a run for their money. It is also good that we have come to test the same venue that will host Tokyo 2020 Olympic Games. It is a good experience for all the participating teams and a good test for team event,” she said.

Meanwhile, in the quarterfinal matches already decided, China was without mercy against United States as they walloped the American boys 3-0 to seal their place in the semifinal.

It was a refreshed Japanese side against Germany as the youthful Japanese side put their shock loss to England in the group behind them to school the Germans with a 3-1 win in the men’s event.

The remaining quarterfinal matches will be concluded on Friday while the tournament ends on Sunday.