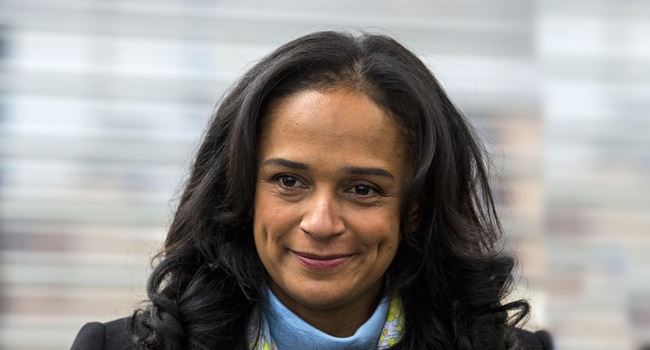 Africa’s richest woman, Isabel dos Santos, has been hit with a fresh scandal after leaked documents revealed how she allegedly made her fortune through exploiting her own country, and corruption.

According to reports, the documents also show how she and her husband were allowed to buy valuable state assets in a series of suspicious deals.

Andrew Feinstein, the head of Corruption Watch, says the documents show how Ms Dos Santos exploited her country at the expense of ordinary Angolans.

“Every time she appears on the cover of some glossy magazine somewhere in the world, every time that she hosts one of her glamorous parties in the south of France, she is doing so by trampling on the aspirations of the citizens of Angola.”

However, Ms Dos Santos says the allegations levelled against her are entirely false and that there is a politically motivated witch-hunt by the Angolan government against her person.

The development comes after Ms. Isabel Dos Santos signaled her intention to become the next president of oil-rich Angola despite a huge financial scandal hanging over her head.

Ms. Dos Santos, 46, who is one of the world’s richest women, with Forbes magazine estimating her fortune to be worth $2.2billion, making her the richest woman in Africa, refused to rule out running for the presidency.

Ms. Dos Santos said she had a strong sense of patriotism and duty to her country.