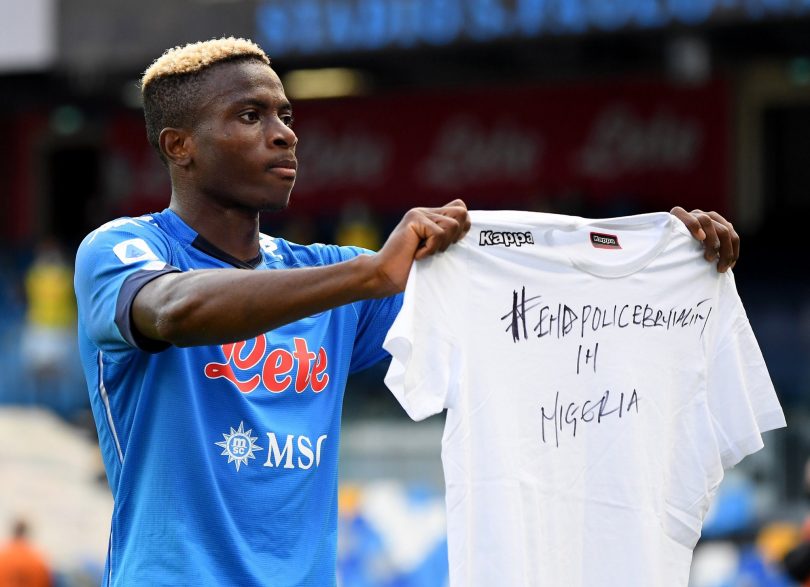 Super Eagles forward, Victor Osimhen still returned a positive test for COVID-19 in the latest testing excercise carried out by his club Napoli on Monday.

Napoli revealed this via a statement on Monday evening, stating that the 22-year-old would undergo the test again later this week.

“The molecular nasal pharyngeal swab carried out this morning on the footballer Victor Osimhen gave a positive result for COVID-19,” the club wrote.

“The player will repeat the test this week.”

Osimhen has been away from football since November due to a shoulder injury he sustained during an Africa Cup of Nations (AFCON) qualifier against Sierra Leone.

But against everyone’s hope that the Nigeria international would return to the game in the new year, Osimhen tested positive for COVID-19 on his return to Italy from Nigeria on New Year’s Day.

The forward, who joined the Serie A side in July and have featured only nine time in the league, was then forced to go into self-isolation.

Napoli has played thrice since the New Year, beating Cagliari 4-1 on 3 January, losing 2-1 to Spezia on 6 January and securing a 2-1 victory over Udinese on Sunday night.