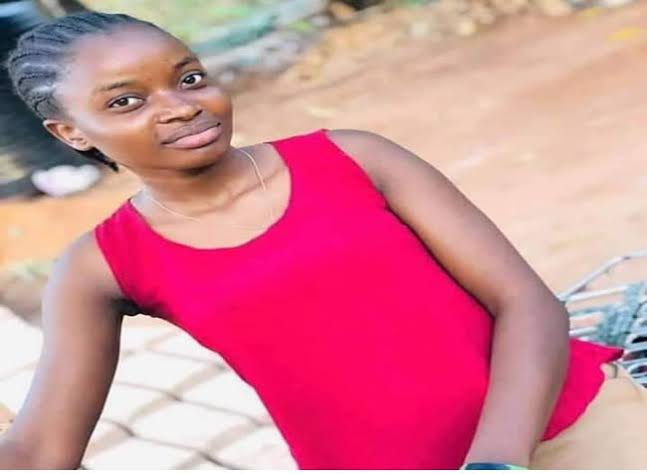 A Federal High Court sitting in Abuja on Friday rules only the case of a 21-year-old girl, Gloria Okolie, who was arrested and detained by the Intelligence Response Team (IRT) of the Nigeria Police, for allegedly spying for the Indigenous People of Biafra (IPOB).

This came after Okolie had been detained for 71 days by the police arm.

The court ruled that the police should charge the applicant (Ms Okolie) to court on or before August 31, noting that failure to do so, then her counsel would have every right to ask for her bail.
Ripples Nigeria reported that Okolie was arrested on June 17 by operatives of the IRT in Imo State for her alleged relationship with a suspected member of the IPOB militia arm, the Eastern Security Network (ESN).

The young lady was also used to lure her alleged boyfriend, who was said to be an IPOB member into police net.

However, her case attracted reactions from human rights activists and Nigerians in general, who condemned the police, after it was disclosed that the IRT in Imo allegedly turned her into a slave to do domestic chores for them.

A human rights activist, Harrison Gwamnishu, who disclosed the development, also accused the police of extorting Okolie’s family when they went for her bail, and afterwards, transferred her to Abuja.

Gwamnishu noted that the police could not link the lady with any offence aside from being the girlfriend of the suspected member of IPOB.

Meanwhile, after the story went viral, the Inspector-General of Police, Usman Alkali Baba ordered a probe into the alleged detention of the lady.

Following the IGP’s directive, the police released a statement signed by the Deputy Spokesman of the Force, Aremu Adeniran, claiming that the arrested lady was a member, and spy of IPOB.

The police alleged that Okolie was part of the IPOB team that unleashed violent attacks on police stations and INEC offices in Imo State.

However, local and international human rights organisations including the National Human Rights Commission (NHRC) and Amnesty International continued to condemn her detention by the police without being charged to court and demanded for her unconditional release.

This led to Miss Okolie dragging the IGP to court through her lawyer, claiming the violation of her fundamental human rights.

Joined as co-defendants in the suit, are the Minister of Justice, Abubakar Malami, and Commander of IGP’s Intelligence Response Team, Tunji Disu.

Following the suit, filed by way of motion ex parte by Miss Okolie’s council, Justice C. Origi who presided on the case on Friday, ruled that the police should charge the applicant to court on or before August 31, noting that failure to do so, then her counsel would have every right to ask for her bail.

Speaking on the issue in a live broadcast by BBC Pidgin on Facebook, monitored by Ripples Nigeria, Okolie’s lawyer said, “Justice Origi after considering all the issues, ordered in very clear terms that the Nigerian Police constituting of the IGP IRT where the girl has been held for the past 72 days, the IGP and the entirety of the Nigerian Police Force to forte with charge the girl to court on or before the 31st of August.

“Also, considering the nature of the case and sequel to order 4 of the fundamental right to foster procedure rules, which grants the powers to the court to grant ancillary and ex parte orders, the court also granted bail to Okolie on the condition of a level 12 civil servant, and a bond. She is not expected to pay any money, just a bond of N2 million”, he revealed.