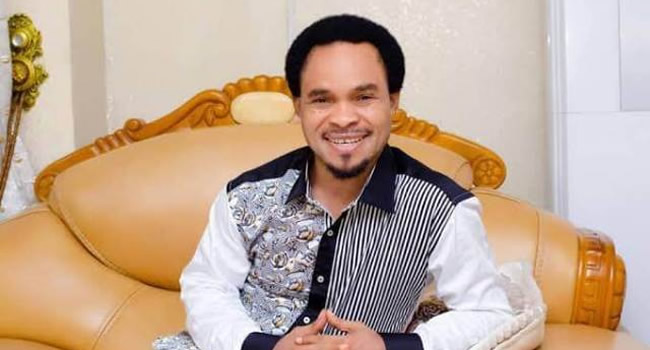 Nollywood actress Rita Edochie shared the video of him issuing the threat on her Instagram page this morning.

Sharing the video, she praised Odumeje, and wrote;

Ada Jesus had a face-off with the clergyman and Rita Edochie after she accused them of staging fake miracles in his Onitsha-based church.

She sought their forgiveness before she died on April 21.