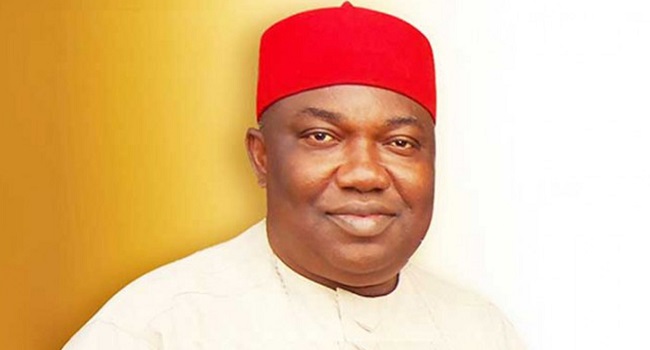 Following an announcement of the Federal Government’s plan to downgrade the Akanu Ibiam International Airport, Enugu from its international status to a local airport, the Enugu State Government has ordered the relocation of the market close to the airport.

Minister of State, Aviation, Hadi Sirika, had on Friday revealed that the Enugu Airport will be shut down temporarily to address safety challenges raised by airline operators flying into the airport.

Sirika cited major challenges thwarting the smooth operation of the airport to include the poor state of the airport runway, the presence of a state radio mast on the flight path of airlines that threatens the safety of incoming aircraft.

Also, the siting of a Free Trade Zone at the end of the runway and incessant bird strikes were said to be affecting airlines.

The state government has consequently, directed officials of Enugu East Local Government Council to find a suitable site for the relocation of Orie Emene Market.

Commissioner for Information, Ogbuagu Anikwe, while briefing newsmen on Saturday in Enugu, revealed that the state government also ordered the immediate removal of illegal structures that encroached on the land of the airport.

He said that the move was to ensure the safety of air travellers and people residing around the airport.

“The State Executive Council directs the LGA chairman to effect immediate closure of the market,” he said.

Anikwe recalled that the state executive council had on October 12, 2018, approved funds for the relocation of the Enugu State Broadcast Service mast on the approach of the runway.