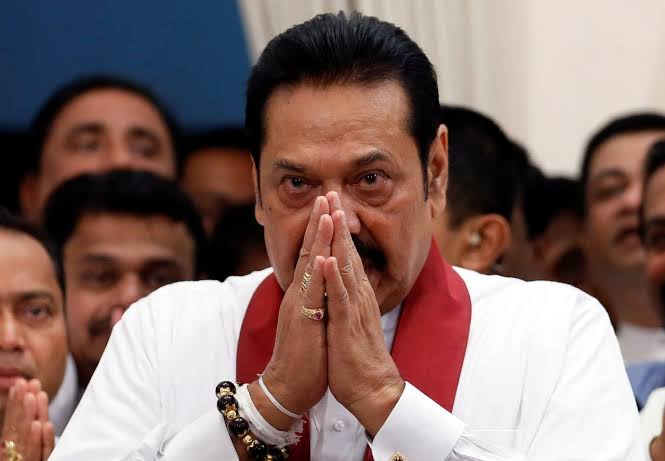 After successfully forcing Prime Minister Mahinda Rajapaksa to resign on Monday following massive nationwide protests, Sri Lankan protesters have turned their attention on President Gotabaya Rajapaksa who incidentally is the ousted PM’s younger brother, and also want him out.

Hundreds of protesters who defied a national curfew imposed by the government thronged the streets of key cities on Tuesday morning chanting slogans against the government a day after the resignation of the PM.

The premier, his younger brother, and the cabinet have been blamed for leading the country into its worst economic crisis since gaining independence in 1948. with the protesters swarming the entrance to the president’s office in Colombo for the 32nd day to demand that he follow in his brother’s footsteps and quit.

The site outside Rajapaksa’s office has seen sustained crowds of thousands for weeks but had dropped to a few hundred on Tuesday due to the strict curfew following Monday’s clashes.

A government decree issued on Monday night confirmed Mahinda Rajapaksa’s resignation, which came after violence erupted in front of the Rajapaksas’ offices as supporters of the governing party hit the protesters with wooden and iron poles, which triggered immediate anger and chaos, as people started attacking the governing party politicians with more than a dozen houses belonging to them vandalised and set ablaze.

Authorities swiftly deployed armed troops in many parts of the country and imposed a curfew until Wednesday.

At least seven people, including a governing party legislator, were killed and more than 225 were wounded in Monday’s violence.

Related Topics:protestersSri Lanka
Up Next