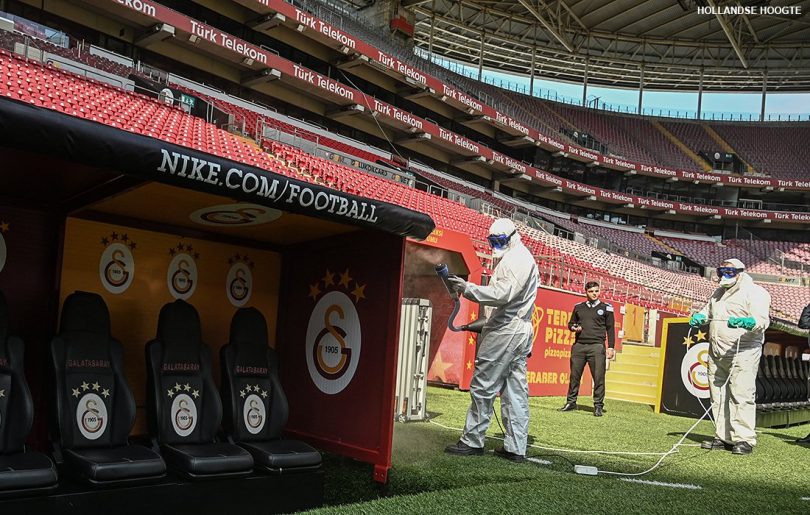 The Turkish football federation has again been urged to consider suspending their league in order to contain the spread of the deadly coronavirus which has killed many across the world.

The most recent call came from the world professional footballers body, FIFPro, which demanded football activities be suspended for the well-being of the player amid the virus outbreak.

This is coming few days after former Super Eagles captain, John Mikel Obi, ended his contract with Super Lig outfit Trabzonspor after his call for the suspension of the league fell on deaf ears.

“FIFPRO has written to the Turkish #SuperLig and federation asking them to urgently reconsider the decision to continue matches and training during the #coronavirus outbreak,” the body wrote on Twitter on Thursday.

“Numerous foreign players have contacted us to say they are uncomfortable continuing as #COVID19 spreads,” it added.

The Turkish football authorities have remained insensitive unlike their counterparts in the other Leagues despite Turkey recording 191 cases of Coronavirus at the last situation report.

The only measure embarked by football authorities in Turkey was to have their league matches played behind closed-doors despite fears expressed by footballers.

The Turkish topflight is currently in its 26th week, with Trabzonspor leading the pack.

Meanwhile, FIFPro says it is also at alert to ensure that footballers’ contracts across the world are not tampered with due to the Leagues’ suspension occasioned by the Coronavirus pandemic.