After Obasanjo's allegation, INEC says 'we're not under pressure' to rig | Ripples Nigeria 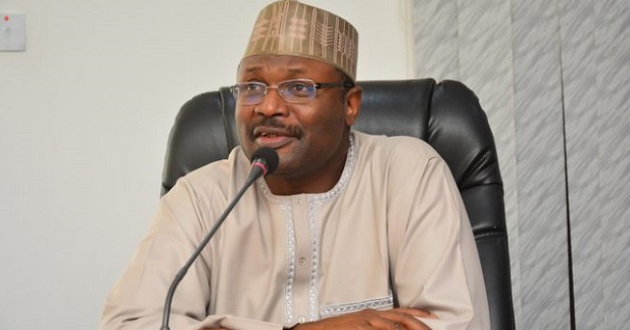 The Chairman of the Independent National Electoral Commission (INEC), Mahmood Yakubu, says the commission is not under pressure to do what is wrong.

Obasanjo had said the commission was under pressure to manipulate the polls in favour of the All Progressives Congress (APC).

But at a meeting with Mohammed Adamu, acting Inspector-General of Police, in Abuja on Monday, Yakubu said Nigerians can trust the commission to deliver credible elections.

“This is to be expected in an election year when people make all sorts of insinuations,” he said.

“I want to tell you that we as a commission have never been under any pressure to do what is wrong.

“We will never compromise our integrity to do what the law says that we shouldn’t and for the 2019 general elections, I want to assure and reassure Nigerians that votes and nothing but votes will count.

“With this level of cooperation from the security agencies, I want to assure you that Nigerians will have a pleasant voting experience in 2019.”

He said the nation was looking forward to INEC and the police to conduct credible elections.

Yakubu said the media would be provided unimpeded access to the commission during the elections.

He called for a close working relationship between the commission and the police at all levels.

“The more we collaborate with the police, the easier the prosecution of election offenders,” he said.

“We are going to consult the security agencies for the deployment of personnel for the elections.

“We must work in partnership to give Nigerians a pleasant election in the upcoming elections, our responsibility is to serve the Nigerian people.”

He urged the police personnel to be on ground early enough to escort officials of the commission to polling units.

Earlier, Adamu said the deputy inspector-general of police in charge of force criminal intelligence and investigation department (FCIID), had been directed to set up a special election investigation teams.

He said the teams would take into custody and undertake detailed investigation of all arrested electoral offenders across the country.

Adamu said the teams shall liaise with INEC towards the prompt processing of the case files of the offenders for prosecution.

He said the police would respect and protect the rights of all citizens of the country regardless of their socio-economic status.

As a former insider, I can say PDP only ‘wrote’ results in the South-South, ‘no voting’- Amaechi