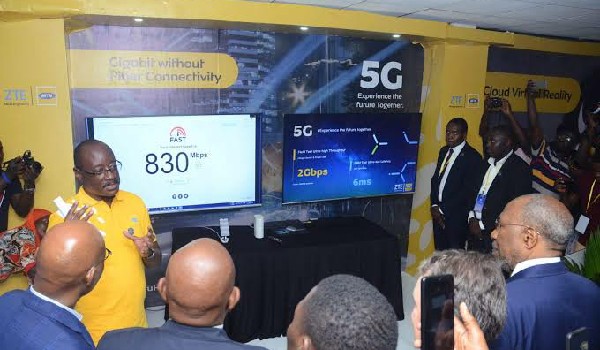 East African country, Uganda, has launched its 5th Generation network, and becomes the 3rd African nation to follow through.

The launch, which was brokered by the effort of MTN and the Chinese multinational company, ZTE, took place on Friday, January 17.

The launch is intended to serve as a trial which should, upon full integration, see the enhancement in speed and  responsiveness of Uganda’s wireless networks.

While 5G network is rather new given the fact that the world is yet to fully optimise 4G, this development will gradually “enable a sharp increase in the amount of data transmitted over wireless systems.

This will be as a result of the provision that comes with 5G network where more bandwidth and advanced antenna technology are available. This will further avail Uganda the opportunity to tap from the advantage of the ever evolving globle digital services.

Aside joining Nigeria and South Africa on the African scale, Uganda goes on to list alongside other tech-first countries like the UK, US, China, South Korea and Germany who have earlier deployed the use of 5G network since 2018 and 2019.

With this, Uganda beats other African countries like Kenya and Rwanda who often parade themselves as more technologically competitive.