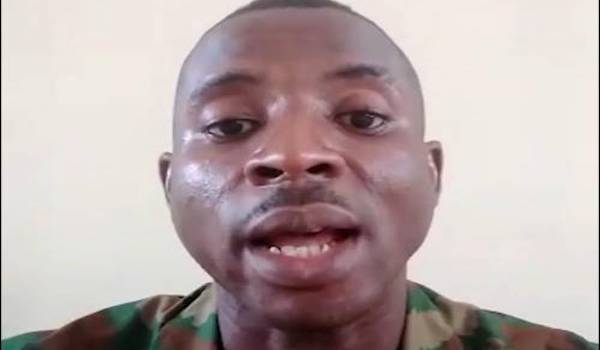 The soldier’s lawyer, Tope Akinyode, confirmed his release to journalists on Thursday.

He said his client had been granted bail.

Idakpini was arrested by the Nigerian Army on June 23, 2020, after he criticised Buratai on video for allegedly failing to provide adequate resources to soldiers fighting the Boko Haram insurgents in North-East.

He said the army chief had failed by “refusing to provide adequate resources to soldiers combating Boko Haram.”

He also challenged President Muhammadu Buhari to show greater seriousness in the fight against the insurgents.

The soldier was denied legal representation for several months until his lawyer filed a fundamental rights suit at the Federal High Court, Abuja.

Related Topics:BurataiIdakpini Martins
Up Next