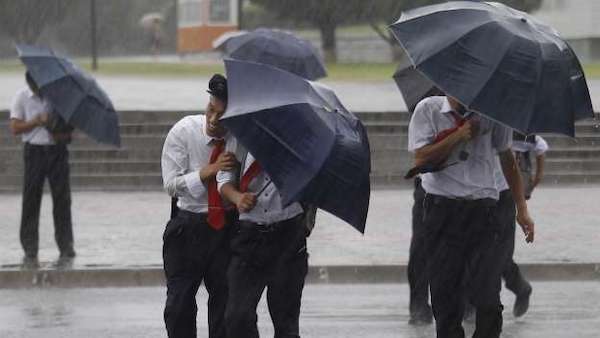 Residents in North Korea are about now reeling from the after effects of a powerful typhoon which has already claimed the lives of five people and injured three others.

“Crops fell down, (were) inundated or buried in 46,200 hectares of farmland,” the Korean Central News Agency (KCNA) said on Sunday.

“Active work to eradicate the aftermath is now underway in the afflicted areas,” it added.

North Korea held an emergency meeting under the guidance of leader Kim Jong Un, who berated senior officials for being “helpless against the typhoon, unaware of its seriousness and seized with easygoing sentiment”, KCNA reports.

State media reports that the typhoon has raised concerns about crop damage in an impoverished country is vulnerable to natural disasters, especially floods, due in part to deforestation and poor infrastructure.

The development comes after South Korean authorities announced the death of three victims and the injury of 10 others after a powerful typhoon slammed into the island of Jeju and southern port cities of the country overnight.

Typhoon Lingling knocked out power supply to 57,000 households damaging buildings as it moved north at 49 kilometres per hour, the Ministry of Interior and Safety said in a statement on Saturday.