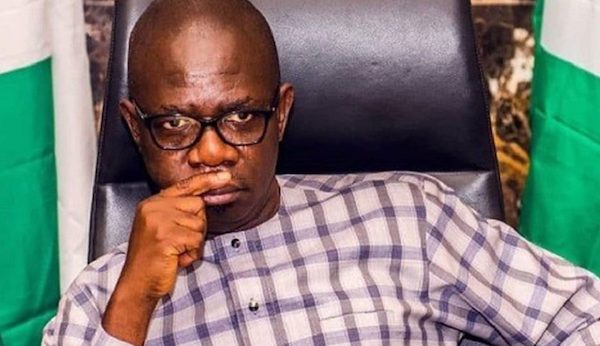 The embattled Deputy Governor of Ondo State, Agboola Ajayi, has concluded plans to dump the Peoples Democratic Party (PDP) for the Zenith Labour Party (ZLP) to pursue his governorship ambition.

Ajayi had vowed not to leave the PDP after losing out in the governorship primary.

However, reports have emerged that he might be concluding plans to join the ZLP led by a former governor of the state, Dr. Olusegun Mimiko, next week.

He is also expected to substitute the candidate of the party for the governorship election. The deadline for submission of names of candidates for the election was July 28.

The ZLP has positioned itself as the third major force behind the PDP and the All Progressives Congress (APC) in Ondo State.

If he eventually joins the ZLP, the party would be Ajayi’s third in less than two months.

He dumped the APC for the PDP last month after his relationship with Governor Rotimi Akeredolu deteriorated.

The deputy governor lost out in the PDP governorship race last week after he finished second behind eventual winner, Eyitayo Jegede, in the party’s primary held in Akure.

Fayose gloats, says I warned Nigerians about Chinese loans in 2016, now the truth is out