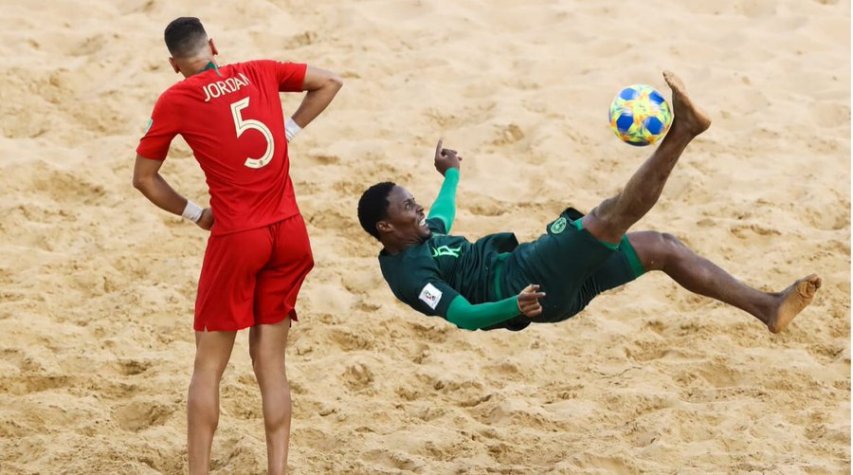 The Nigerian national beach soccer team were walloped 10-1 on their opening match by Portugal in the Paraguay showpiece last month.

They went on to lose their second game 6-5 against Oman and 12-2 against Brazil in their final game, which was their worst ever defeat in the international scene.

The participation ban was placed on the team by the Nigeria Football Federation (NFF) following a unanimous decision by chieftains of the football body at their Annual General Meeting in Edo state this week.

Read Also: ‘Where are the Okochas & Kanus?’ – Rohr decries lack of star players in Super Eagles

“Related to the unimpressive outing of the Beach Soccer National Team, Supersand Eagles, at the 2019 FIFA Beach Soccer World Cup in Paraguay last month, Board unanimously resolved to put on hold Nigeria’s participation in international beach soccer tournaments until such a time that certain benchmarks, most importantly the creation and sustenance of a beach soccer league in the country, are met,” part of the communique read.

A committee was also constituted “to determine the modalities and guidelines, and to encourage States wishing to launch full-steam beach soccer leagues and compete among themselves or internationally.”

Meanwhile, the NFF board also approved N7.5billion as the Federation’s 2020 budget.