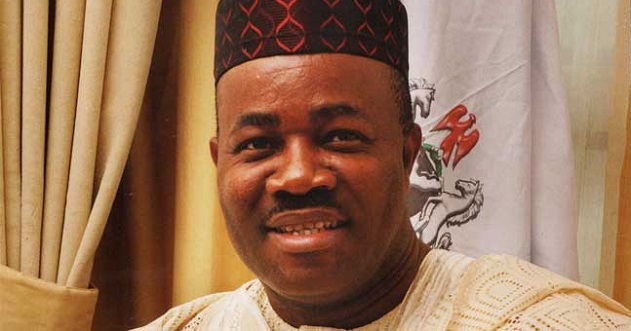 President Muhammadu Buhari has again been warned against including former Akwa-Ibom State governor, Godswill Akpabio, in the list of his second term ministers.

Ibom Integrity and Servant Leadership Culture Initiative (IISLCI), who claimed to be members of the All Progressives Congress, (APC), gave the warning.

The group said Buhari should avoid naming Akpabio as one of his second term ministers if he would not want to appear “insensitive to the people”.

This is the second time the group will be warning President Buhari against considering the former Senate Minority Leader as a member of his incoming cabinet.

After their first letter in May, Akwa Ibom State Working Committee (SWC) of the APC, had denied the group, its leadership and members, saying they are not members of the party in the state.

However in a fresh letter to Buhari by the elders, which was made avaliable to newsmen Thursday, the group executive vice president, Dr. Asuquo Edidem Etim, insisted that appointing Akpabio as minister could be ‘’toxic” for the next level project of Buhari’s government.

Etim claimed that they remain ‘’a core group of believers in Mr. President’s leadership philosophy that is rooted in integrity, transparency and servant leadership. And we believe it is incumbent on us to help our leader achieve an enhanced performance in his second and final term of office as President of our great nation.

‘’The same Senator Akpabio that in years past had been your and our party’s nemesis cannot suddenly become the gadfly of your political generosity. Mr. President, just as we, the masses of Nigeria openly accepted you as our leader by this renewed mandate, the people of Ikot Ekpene Senatorial zone, where Akpabio won in only two of its 10 local Governments in the just concluded elections, in their wisdom, considering what they know about their son, have instructively, in the last election, openly rejected Akpabio as their representative at the federal level.

“So, we implore you, our dear leader, to be circumspect in considering him as minister in your government, so as not to appear insensitive to the people and counterproductive security wise, in the state, by allowing him acquire a fresh political power from the back door of ministerial appointment, which we fear he may use with vengeance against us, his people and the state.’’

Related Topics:Akwa-Ibom Elders on Buhari not to appoint Akpabio as ministerAPC elders on Akpabio becoming ministerGodswill Akpabio
Up Next