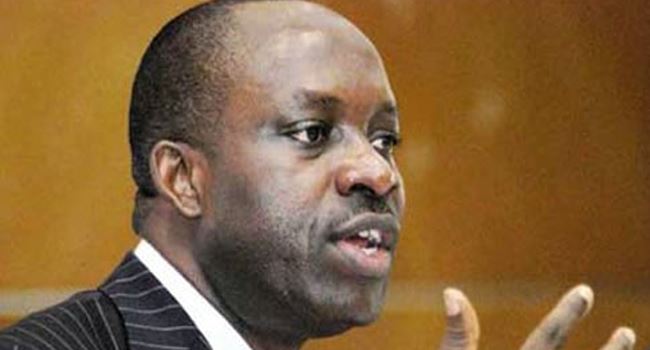 Former Governor of the Central Bank of Nigeria (CBN), Chukwuma Soludo, has entered the fray for the Anambra State gubernatorial election slated for November 6.

Soludo who declared his intention to enter the race on Thursday, said he will be running on the platform of the All Progressives Grand Alliance, (APGA).

Declaring his ambition in Awka, the state capital, Soludo said he has been a member of the party since 2013 and the party would be better for it if he is given the ticket.

He also promised to leverage on his international connections to transform the state if he is given the opportunity to become the governor.

Soludo took time to assess the administration of Gov. Willie Obiano in the state and concluded that he is one of the best performing governors in Nigeria at the moment and his mission is to consolidate in the efforts of the governor.

“I granted an interview where they asked if I still stand by what I said in 2017 that ‘if Anambra is not broken, why mend it?’ and I told them that Anambra is more sound now,” he said while addressing newsmen after his declaration.

“In 2010, the Federal Bureau of Statistics conducted a survey and said the poverty rate in Anambra was 53 per cent.

“In 2020, it conducted another survey and said the poverty rate had gone down to 14.7 per cent. What else can you use to measure good governance?

“Anambra is doing well under Obiano and my mission is to continue and complete all the governor’s legacy projects.”

Soludo had also contested for the governorship seat of the state in 2010 under the Peoples Democratic Party (PDP). But he lost out to Peter Obi.

He made another attempt to govern the state through the November 2013 governorship election, as he resigned from the PDP that year, and joined APGA. He was however disqualified by APGA along with five other aspirants by the party’s screening.

ANALYSIS: Abductions of school children are here to stay – dissecting complicity of the Federal Govt