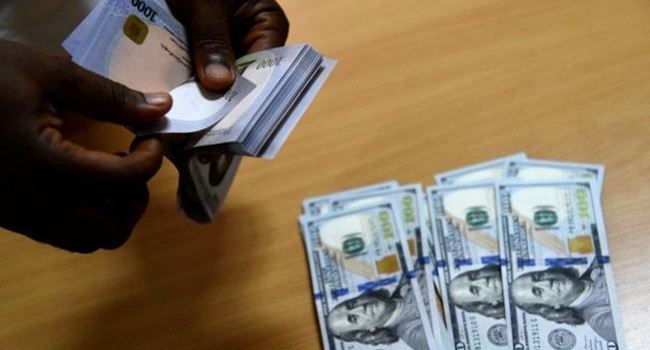 Nigeria’s currency, Naira, continued its depreciation against the US dollar, and it is now officially at its lowest level on the official market.

Data from FMDQ securities shows that Nigeria’s currency, Naira, fell to its lowest in 2022 on Tuesday, September 6, to close the day’s trading at N436 per dollar at the Investors and Exporters (I&E) market, the country’s official foreign exchange market window.

This is a second straight day of record-breaking depreciation after closing at an 8-month low on Monday at N434.7 per dollar.

Naira depreciation has been attributed to the dollar shortage as Nigeria continues to struggle to diversify and improve foreign exchange inflows.

Tuesday rate means Naira has depreciated by 3.21 per cent when compared to N422 quoted on the first trading day this year.

At the parallel market, popularly called the black market, Naira also depreciated heavily as currency traders sold to buyers at N710 per dollar on Tuesday.

The local currency has depreciated by 20.42 per cent at the black market from N565/$ at the beginning of the year.

Meanwhile, a new report has ranked Naira as one of the worst performing currencies in the world against the US dollar.

Read also: Naira drops to lowest level in 2022 against US dollar

According to the latest ranking by Hanke’s Currency Watchlist, Naira is the 11th worst-performing currency in the world.

The rating, which was as of September 2, 2022, also put the Venezuelan Boliver in the number one spot as the worst-performing currency globally, while the Zimbabwean RTGS Dollar is number two.

The Lebanese Pound, the Sudanese Pound and the Syrian Pound occupy the third, fourth and fifth spots, respectively.

West African neighbour currency, Ghana Cedi, is in the 13th position, while the currency of war-torn Ukraine, Hryvnia, ranks 14th among the list of 19 currencies.

Naira falls to record low against US dollar, as CBN defence firepower wanes

Naira drops to lowest level in 2022 against US dollar