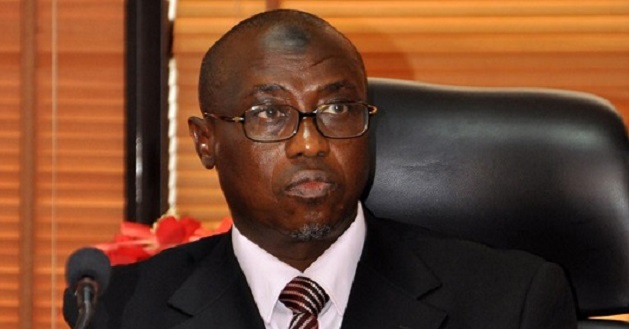 The Nigerian National Petroleum Corporation, (NNPC) on Saturday justified its withdrawal of $2.201 billion from the Nigerian Liquefied Natural Gas (NLNG) fund, insisting that the corporation has the power and the legal backing to carry out such withdrawal.

The Chief Financial Officer of NNPC, Mr. Isiaka Abdulrazaq, made the justification in Lagos at an interactive session with business editors and energy correspondents.

According to Abdulrazaq, the controversy surrounding the withdrawal was whether the NNPC had the power to withdraw the money and not that it was misappropriated.

He said: “These are all legal issues. NNPC is the shareholder of record representing the interest of the Nigerian people in the joint venture business. The issue around legality is to deal with why or how the NNPC used those funds.

“There are two reasons. First one is, the 2018 Appropriation Act is very clear on this. The second is the Nigeria NLNG Appropriation Act Section 7, sub-section 4(b) makes it very clear. And what the National Assembly is saying is that we don’t have the legal authority to use this fund. We have provided them with those legal authorities and, basically, we will be meeting the committee again sometime next week.”

Abdulrazaq argued further that neither the legislature nor the executive had the power to interpret the constitution when there was confusion arising from legal matters, adding that section 6 of the Constitution was very clear on that.

“That power is not vested in the executive neither is it vested in the legislature. We have provided this information to them and will soon see them to clarify some of those issues. We just want people to know that this issue has absolutely nothing to do with whether the money is misappropriated, it is just whether we have the authority to withdraw the fund and we have provided the authority. We are hundred per cent confident that the fund used from the national coffers is under the law and it is legal,” he contended.

Speaking further, the NNPC CFO said: “The interesting thing about democracy is that we need strong institutions and we need to also respect the law and the constitution. The constitution of Nigeria is the grundnorm.”

He explained that part of the money was being used for under-recovery and funding of some infrastructure projects, like the Second Niger Bridge, which is being managed by the Nigerian Sovereign Investment Authority, NSIA.