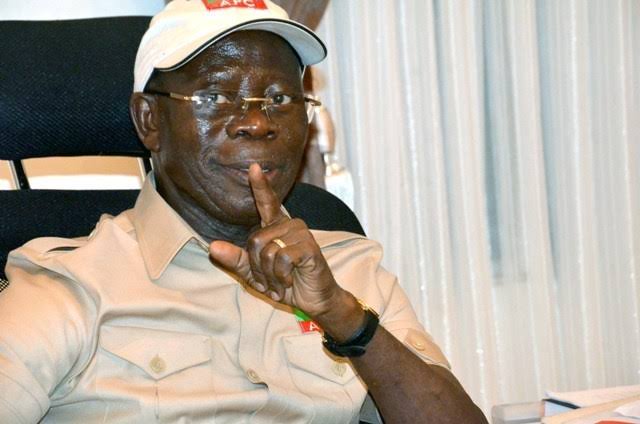 Oshiomhole claimed that the governor, having planned to jump ship, was creating crisis among members of the party and blackmailing him.

In a statement issued in Abuja on Tuesday by his Chief Press Secretary, Simon Ebegbulem, the APC chairman advised Obaseki to focus on delivery of good governance to the people rather than blackmailing his personality.

He said: “We have it on good authority that the governor (Obaseki) intends to create disaffection and crisis in the state, APC and probably dump the party for another party.

“That is why, he has embarked on this brigandary which Edo people will resist. So, he should stop blackmailing me and face governance which is why Edo people voted him into power.

“We are even more scared now that the governor is making every effort to coerce me into giving him details of my movement in Edo State. Who knows what he is plotting again. But every evil plot against me will fail.”

He alleged that last Saturday’s siege at his residence by “Obaseki’s thugs” was a good example.

“Before that incident, state government sponsored thugs have been harassing, intimidating APC members across the 18 Local Government Areas (LGAs) of the state because APC leaders refused to adopt his second term aspiration.

“People are being sacked in their jobs everyday in the state,” he said.