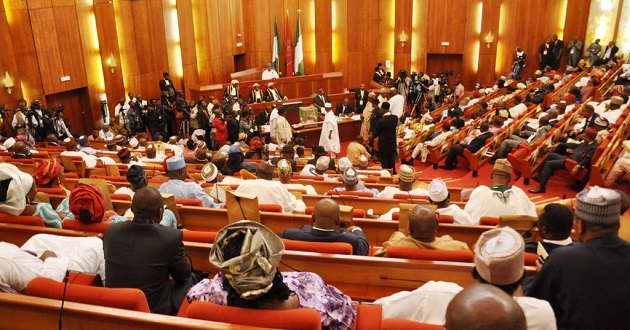 Following the killing of seven police officers in Abuja on Monday, the Senate Committee on Police Affairs on Thursday said that it has summoned the Inspector General of Police, Ibrahim Idris.

This is even as the House of Representatives members also on Thursday again demanded for the sacking of Idris and his replacement with a more competent person due to the protest by armed police men in Maiduguri, capital of Borno State, during the week.

At the Senate, the summoning of the IGP was revealed by the committee chairman, Abu Ibrahim (APC, Katsina South), at the upper chamber on Thursday when the Senate President, Bukola Saraki, demanded that the killing of the officers said to be on duty should be investigated.

Following an order raised by Mao Ohabunwa on the proliferation of armed police and army road blocks along South-Eastern roads, Saraki, contributing to the police matter, also expressed worries over the death of the security officers.

He therefore called on the Senate to pay attention to the death of the officers, who according to him, were killed in selfless service to the nation.

He said, “While also talking in that light, I observe that we have not taken this issue of the SARS police officers that were killed on Monday in Galadimawa Junction.

“I think as a National Assembly, as much as we pay attention to ordinary citizens that lose their lives either by one action or inaction of the police, we all should be seen to also protect and be there for those that protect our lives.

“I’ll like us to please find out what happened as regards to these seven police officers that were killed, the circumstances and how we can also show our commiseration with the families as well as whatever needs to be done so that police officer and all of them know that we do care and appreciate what they are doing. Please let us have a report by next week.”

It was at this point that Mr. Ibrahim informed the lawmakers that the committee is expected to be briefed by the IGP on Tuesday.

READ ALSO: Reps to set up probe into Abacha loot recovered since 1999

He said, “The Committee on Police Affairs invited the IG to brief us on these killings and what happened in Maiduguri and it is going to be on Tuesday.”

Ibrahim was then mandated by the Senate President to report back to the Senate next week.

At the House of Representatives, members were saddened by the protest by armed police men in Maiduguri and demanded that the Federal Government look for a competent replacement for Idris.

The angry Rep members resolved to set up an ad-hoc committee to dig deeper into the matter and report back to the House within two weeks.