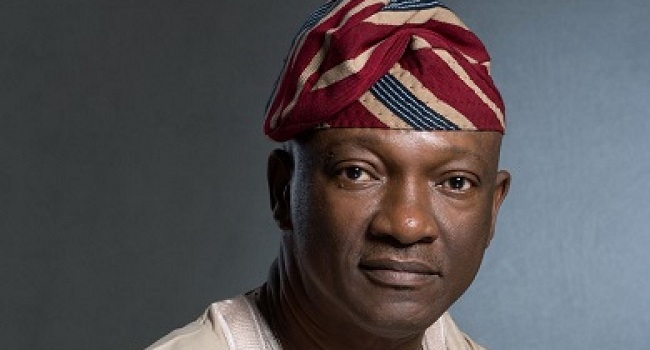 The campaign organisation of the People’s Democratic Party (PDP) Governorship Candidate for Lagos State, Mr. Jimi Agbaje, has accused the ruling All Progressives Congress (APC) of cloning and compromising Permanent Voter’s Cards (PVCs) for N10,000 preparatory to rigging the 2019 polls in the state.

The Jimi Agbaje Campaign Organisation (JACO) alleged, that APC agents have been sneaking from street to street and from house to house, convincing unwary voters to submit their Voter Identity Numbers (VINs) in return for instant cash transfers.

A statement by Felix Oboagwina, Director of Media and Publicity, said that the agents would usually ask for people’s VINs, snap their photographs and collect their account details, upon which money was then instantly transferred to those who complied.
“Each target is usually given N10,000. If you say you have no account, they will send the money into the account of someone around to assist you in cashing the money,” the statement said.

According to JACO, these APC agents had been sighted moving through Lagos State on their assignment.

The statement further claimed, that these VIN collectors were usually attired in INEC-branded vests and matching bags, as they went about impersonating officers of the commission.

JACO said: “Information reveals that on election day, all such procured VINs will be remotely deactivated from each owner’s card and automatically activated to vote APC. APC has cloned hundreds of thousands cards that will be used to neutralise the compromised cards. Meanwhile, the bonafide voter would get to the polling booth and his attempt to vote would be frustrated as the card reader would either reject the card or indicate that the owner was trying to do double-voting because he had already been recorded as having voted.

“For a party whose mantra is change and anti-corruption, this is perpetrating the mother of all corruption,” JACO said. “If APC performed, why will they need to resort to the desperado tactics of purchasing votes?”

It noted: “Taking to such desperate means clearly demonstrates that APC as a party in government has failed. It has seen the handwriting on the wall. And the next thing is to rig the election with all evil methods available.”

Urging the police to get to the root of the matter, Agbaje’s campaign organisation said security agents must apprehend those financing the perfidy.

“Police must immediately hit the streets to arrest anyone parading around on this immoral enterprise,” the statement said.