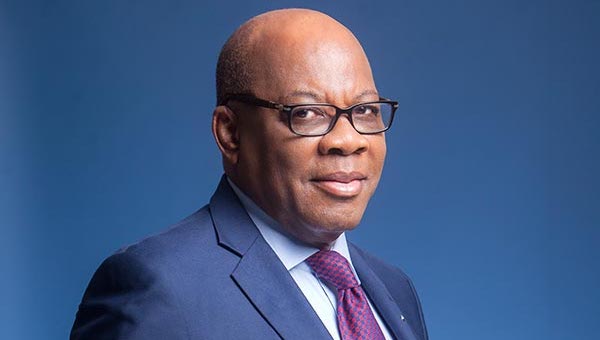 A Senior Advocate of Nigeria (SAN), Dr. Olisa Agbakoba has again advocated for regional autonomy and devolution of power as the only way Nigeria can surmount the current challenges facing it.

According to Agbakoba, Nigeria has not been able to manage its diversity with the current federal system that concentrated so much power in the Federal Government.

The senior lawyer, who is also a former president of the Nigeria Bar Association (NBA) made the call in a letter written to President Muhammadu Buhari dated February 2, 2021, insisting that regionalism worked well for the country before the military coup of January, 1966, which centralised powers in the Federal Government.

“It is my honour and privilege to present to you, for consideration a proposal on regional autonomy and devolution of powers.

“Common Fundamentals are policy goals in the political, economic, cultural, religious and social affairs of a nation that often must be similar to achieve political cohesion. These Common ideals are, usually taken for granted, but remain central to effective governance and development of Nations. The notion of missing fundamentals are at opposite poles and refer to an absence of common political objectives on vital national policy. Kjell Magne Bondevik, once Norwegian Prime Minister, attributed Norway’s success to its political homogeneity. That is Norwegians have common national identity that drives their political and economic stability. China, India, Taiwan and Singapore also have common fundamentals. China is significantly Han so is Singapore and Taiwan.

“Nigeria, on the other hand, has no National Fundamentals. Diverse religious, cultural and ethnic backgrounds severely impair our ability to work together. The challenge is to resolve our diversity in harmony. This needs deliberate policy choices to create unity in diversity. This was the central theme of our old national anthem. Unfortunately, our policy choices have resulted in very divisive dialogue. We cannot agree on a mode of a federal political system. We continue to raise issues around our differences – the dilemma of missing fundamentals. We can only make progress by understanding and embracing our challenges”, he said.

Citing the examples of United Kingdom and Switzerland, which had perfected ways of managing their diversified, Agbakoba, noted that Nigeria has unfortunately not been able to manage the nation’s diversity.

“In Nigeria’s case, we have not unfortunately managed the challenge of diversity. Brought together by force of amalgamation in 1914, it was not until 1951 that the first attempt to manage our diversity occurred. There was self-rule in three regions – Northern, Eastern, Western and eventually Mid-West Region. By aggregation of discussion among our founding fathers, they understood the need to manage unity in diversity by devolved political authority. But this all came to a halt with military rule in 1966, with the unification and centralization of our political processes. We are still stuck with a highly centralized Federation.”

According to him, managing the multi-ethnic nations managed by a central authority has proved unsuccessful for the country.

The letter reads in part: “Political power resides in Abuja to the almost complete exclusion of the 36 states and 774 Local Governments. As a result, we are projecting our missing fundamentals. But we can readily and easily resolve this challenge.

“We must return to the notion of devolution of powers and regional autonomy. Regional autonomy resolves our diversity challenge. More important, it allows subsidiarity to deliver public service at the base of the nation. I was intrigued by the extent of devolved power in the western region under self-rule in 1951. According to the author of a lecture on regional autonomy, devolution of powers in western Nigeria was substantial and devolved from the regional government to the provisional, divisional, district and native authority. Public service was taken to the roots of the region. In order to resolve the challenges of our diversity, it is clear that we must adopt regional autonomy and massively devolve power from centre to the grassroots.

‘The term regional autonomy refers to the governance and administration of a federating unit in the interest of the local people, according to their aspirations. Nigeria has been engaged in the federalism question. It is clear that our diverse nature and large size means that, the political system best suited for Nigeria is a federal system. But the challenge has been what type of federalism. I believe that this must be devolution of powers and regional autonomy.

“In my opinion, the process of regional autonomy and devolved powers can be achieved by virtue of an enactment styled, Constitution Alteration (Regional Autonomy and Devolution of Powers) Bill. This is the only way to stabilize Nigeria.”