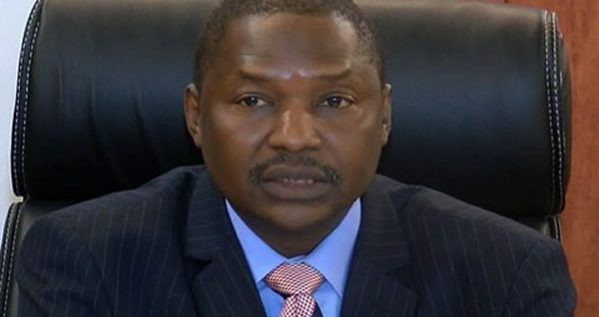 Efforts by the Attorney General of the Federation (AGF), Mr. Abubakar Malami (SAN), to stop a Senate probe into his role in the reinstatement of former chairman of the Presidential Task Force on Pension Reforms, Mr. Abdulrasheed Maina, into the Civil Service, on Monday hit a brick wall.

This was as the Federal High Court in Abuja declined to grant the interim injunction filed by the AGF and Minister of Justice to stop the Senate from probing the controversial reinstatement.

Following the discovery that the letter, with Ref. No. HAGF/FCSC/2017/Vol. 1/3, and directed to the Federal Civil Service Commission (FCSC) asked that consequential effect be given to a judgment, according to the AGF voided the process that led to Maina’s dismissal from service in 2013.

Consequent upon that letter, the FCSC, at the end of a meeting it held on June 14, 2017, requested the Office of the Head of the Civil Service of the Federation (OHCSF), vide a letter marked FC.4029/82/Vol. III/160, and dated June 21, 2017, to advise the Permanent Secretary of the Ministry of Interior to consider the AGF’s letter and make appropriate recommendations regarding Maina’s case.

Based on that directive, the Ministry of Interior, at its Senior Staff Committee meeting held on June 22, 2017, placed reliance on the AGF’s letter and recommended that Maina be restored into the Service as Deputy Director on Salary Grade Level 16.

And on August 16, 2017, FCSC sanctioned the reinstatement of Maina beginning from February 21, 2013 (being the date he was earlier dismissed from Service) and cleared him to sit for the next promotion examination to the post of Director (Administration) with Salary Grade Level 17.

After the development was discovered and Maina was sacked, accusing fingers were pointed at Malami as being responsible for the recall of Maina.

The AGF had however told the Senate that the letters alleged to have directed that Maina be restored did not emanate from him, a development that warranted the Senate in their probe of the matter to decide to carry out forensic examination of all the correspondences that led to Maina’s reinstatement.

But in an apparent move to stop the Senate probe, the AFG had approached the court with the ex-parte motion praying among other things that the court should determine whether the National Assembly has the right to probe issues relating to the “employment, attendance at work, disengagement, reinstatement and or promotion of a civil servant”.

READ ALSO: INVESTIGATION… Designed by Okorocha, executed by DANA, Imo Air is a story of grand

Presiding over the matter on Monday, Justice Binta Nyako declined granting prayers sort by the ex-parte order. The judge instead ordered the AGF to go and put the National Assembly on notice, adding that all the court processes should be served on the National Assembly to enable it to appear before the court to show cause why the orders sought by the AGF should not be granted.

The suit was then adjourned till January 15 for the National Assembly to show cause why the ongoing probe should not be stopped.