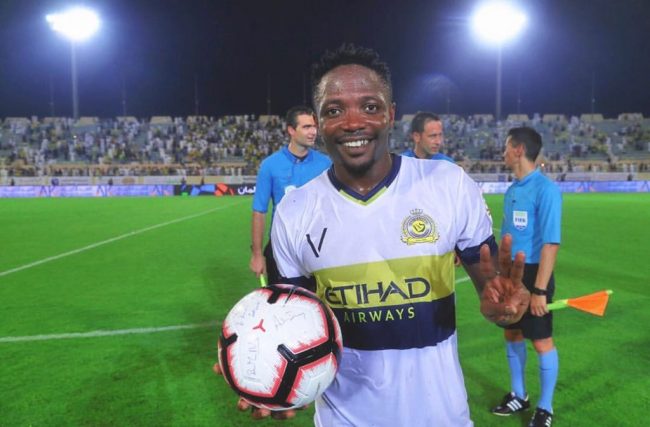 The win means the team are yet to drop a point this season, as they have now won all three of their fixtures so far.

Musa, who joined Al Nassr from Leicester City at the start of the season, had not scored in the opening two games, but was on fire on Wednesday as he secured the superb win for his team.

His first goal came in the 21st minute after he was set up by Abderrazak Hamdallah, who also provided the assist for the second goal in the 41st minute.

Then, in the 66th minute, Musa completed his hat-trick after he was teed up by Moroccan playmaker Nordin Ambarat to seal the win.

An excited Musa took to his Twitter handle after the game and wrote: “First Hat Trick for @alnassr!!! Thanks to my teammates and the supports for all the love! ?????.”

Al Nassr are right at the summit of the League table with 9 points.