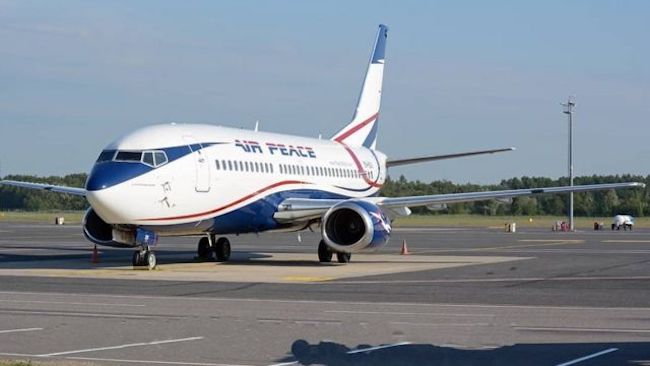 Reports had said several passengers, including some highly-placed Nigerians, narrowly escaped death when the plane crash-landed at the Ilorin airport on Friday morning.

The plane, according to the reports, had a tyre burst shortly after departing Abuja before it forcefully landed at the Ilorin airport.

The reports added that the incident forced the aviation authorities to close the airport runway to traffic.

But the General Manager, Public Affairs at AIB, Tunji Oketunbi, who reacted to the reports in a statement issued in Lagos, said: “There was no crash whatsoever.”

He added that the plane’s tyres busted after landing.

He said: “This is to confirm an incident involving Air Peace B737-500 with registration Mpmarks 5N-BQR that occurred on July 23 in Ilorin, at about 10:30 a.m. local time.

“There were 66 passengers and six crew members onboard. AIB safety investigators did an evaluation of the occurrence and decided not to investigate.

“The aeroplane has been released to the operator (Air Peace).

“The delay in opening the airport is down to the recovery of the aeroplane from the Runway by FAAN and Air Peace. The aeroplane had a tyre burst on landing roll.

“We enjoin all media practitioners to verify all information before going to press.”

He noted that such would damage the reputation of the industry if care was not taken.

Nuhu revealed that the incident occurred at about 10:00 a.m. on Friday after the plane landed from Abuja.

“But after evaluation by the AIB safety inspectors, we decided not to investigate,” he stated.

WHO donates 1.5m doses of cholera vaccine to Bauchi