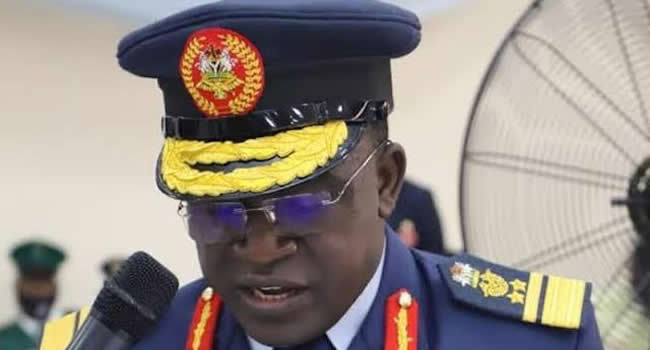 Investigations may soon commence in a bid to unravel the circumference that led to the disappearance of a Nigerian Air Force Alpha Jet which went missing on Wednesday evening after it lost contact with radar.

This line of action was further confirmed by the arrival of the Chief of Air Staff, Air Marshal Oladayo Amao, on Thursday, April 1, in Borno State.

Upon arrival, Amao was briefed on efforts to recover the missing jet.

The missing jet was involved in the anti-terror war against Boko Haram and Islamic State West Africa Province when it lost radar contact in the north-east state.

The NAF spokesman, Air Commodore Edward Gabkwet, in a statement, said the CAS “arrived Maiduguri this morning and was briefed on ongoing search and rescue efforts in connection with the missing Alpha Jet aircraft”.

Gabkwet said Amao “urged pilots, engineers and technicians to remain undeterred and resolute in their commitment to ensuring that peace returns to the North East.”

Akeredolu transfers power to deputy, as he goes on working vacation