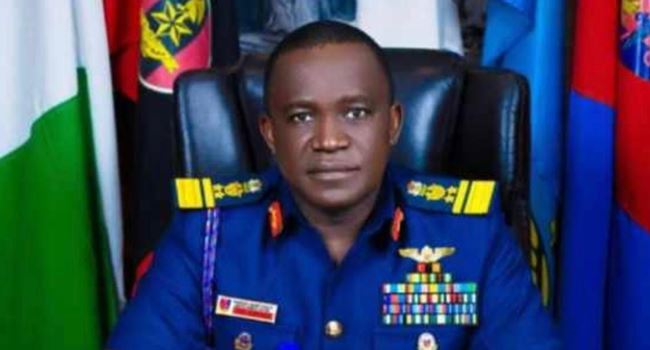 The Nigerian Air Force on Monday, implored Nigerians to disregard any unverified report over its missing jet.

This was contained in a statement issued by the Director of Public Relations and Information, Nigerian Air Force (NAF) Headquarters, Air Commodore Edward Gabkwet, who advised the public to disregard unverified publication on its missing Alpha-Jet (475) aircraft.

In a statement issued in Abuja on Monday, he said the attention of NAF had been drawn to an online publication that the missing aircraft and the body of one of the missing pilots had been found.

“From the day control lost radar contact with the aircraft on March 31, NAF, as a professional fighting force, has been keeping the public abreast on the missing aircraft.

“It is sad and disheartening that such an unverified story could be published without any effort to confirm its veracity from NAF.

“It is not in dispute that the media as the watchdog of the society have the right to continually inform the public.

“This should, however, be done within the acceptable dictates of the noble journalism profession.

“While search and rescue efforts are being sustained until the wreckage of the aircraft is found, NAF wishes to re-assure the public that it shall be informed of any update as regards the missing aircraft,” he said.

He urged media practitioners to always be circumspect and exercise restraint in their reportage and endeavour to always clarify issues before going to the public.