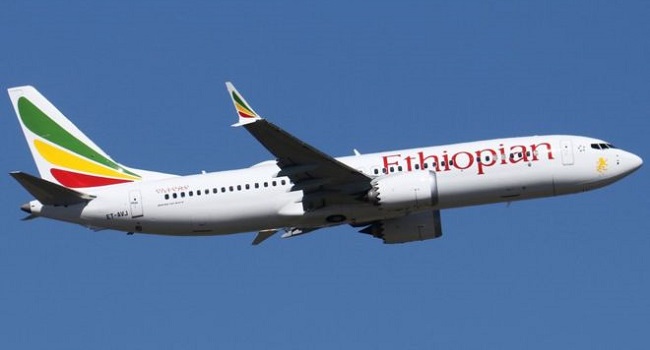 The management of Air Peace on Wednesday said it was awaiting the outcome of the investigation of Boeing before making a decision on its planned acquisition of 737 Max aircraft.

The Chairman and Chief Executive Officer of Air Peace, Mr Allen Onyema said the airline made the order before the model was involved in two fatal accidents in Indonesia and Ethiopia respectively.

Soon before the unfortunate incident of crash of Ethiopian Airlines’ 737 Max about two weeks ago, the company had last year ordered 10 Boeing 737 Max for its operations.

Onyema noted that other airlines were also expecting the outcome of the investigation and steps to be taken by Boeing which would determine either to continue with the order or cancel it, although Nigeria, like many other countries, had banned the aircraft in its airspace.

Onyema said, “Air Peace does not have the aircraft in its fleet, so I wonder why Nigerians are attacking the airline, while nobody had attacked the carriers that have the aircraft and are operating the equipment before the accidents.”

However, the company confirmed the delivery of its fourth Boeing 777 aircraft on Wednesday which would commence international flights in April with Dubai and Sharjah as first destinations.