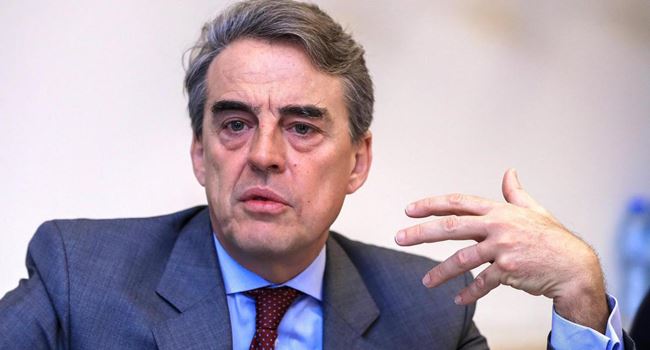 The International Air Transport Association (IATA) said Tuesday in Geneva in an updated analysis of the global airline sector that it envisioned that full-year passenger demand would crumble by 48% compared to 2019.

In the last week of March, the IATA had forecast the sector would lose $252 billion revenues this year, translating to 44% in a situation where severe travel restrictions were imposed across the world for three months.

It hinged its prognosis on overall economic developments, resulting from the impending global recession triggered by COVID-19, and travel restrictions, stemming from embargo placed on air flights by many governments with global flights down by 80% at the beginning of April.

According to the Montreal-based association, “the updated figures reflect a significant deepening of the crisis since then, and reflect the following parameters: severe domestic restrictions lasting three months, some restrictions on international travel extending beyond the initial three months and worldwide severe impact, including Africa and Latin America (which had a small presence of the disease and were expected to be less impacted in the March analysis).”

Alexandre de Juniac, the IATA chief said the industry’s outlook was gloomy, adding that the enormity of the crisis made a V-shaped rebound improbable.

Rather, a U-shaped recovery was anticipated with domestic travel finding resilience faster than international travel.

“Several governments have stepped up with new or expanded financial relief measures but the situation remains critical. Airlines could burn through $61 billion of cash reserves in the second quarter alone.

“That puts at risk 25 million jobs dependent on aviation. And without urgent relief, many airlines will not survive to lead the economic recovery,” he said.