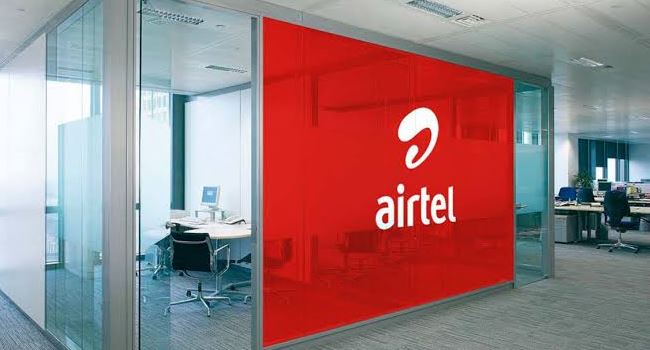 Last week, investors holding Airtel Africa’s shares saw their investment fall by -5.19 per cent after four days of trading, as demand for the firm’s stock depreciated.

Ripples Nigeria gathered that the dip in share value resulted to a whopping N319.44 billion loss for shareholders at Airtel Africa as profit-takers turned their sight on the firm.

However, on Monday, January 9, investors in the stock market rushed for Airtel Africa’s shares after the company announced it had acquired the 5G spectrum.

Ripples Nigeria had reported early on Monday that Airtel Africa said it acquired 5G and more 4G spectrum at the cost of N316.7 million to expand network coverage.

The capital market responded positively to the announcement. The renewed interest lifted the value of Airtel’s share by 5.16 per cent, sending the stock price to N1,630.

Analysis showed that the 5.16 per cent increase in Airtel’s share handed the firm’s investors N300.6 billion after five hours of trading session.

This also lifted the company’s market valuation to N6.12 trillion, from N5.82 trillion. Although it was slightly below the N6.14 trillion of January 3.