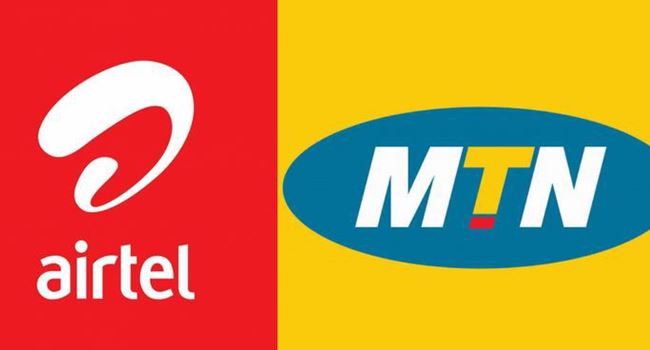 January was a disappointing period for Nigerian telecommunications companies in the consumer market, especially for MTN Nigeria and Airtel.

Both networks lost the highest subscribers, with over three million subscribers dumping Airtel and MTN.

Among the telecoms, Airtel lost the highest telephone subscribers, with 2.21 million subscribers dumping Airtel, depleting its subscriber base to 53.42 million in January, from the 55.64 million recorded in December 2020.

MTN also lost significant number of subscribers, as its subscriber base dipped by 1.72 million, ending January with 80.76 million, a month after it accounted for 79,03 million in December 2020.

Globacom’s cellphone subscriber fell to 54.59 million in during the period under review, failing to add to the 54.84 million subscribers it had in December last year. The loss showed 245,627 subscribers dumped Globacom.

9mobile wasn’t left out of the industry’s decline, as the company suffered loss of 173,567 subscribers, sending its subscriber base down to 12.80 million in January, from the 12.98 million subscriber base it had in December 2020.

The fall in Airtel’s subscriber base cost the company it market share, as Globacom with 27.32 percent of market share, overtook Airtel, which now has 26.73 percent, in the telephone market.

Why we won’t return Ibori loot to Delta State –Malami