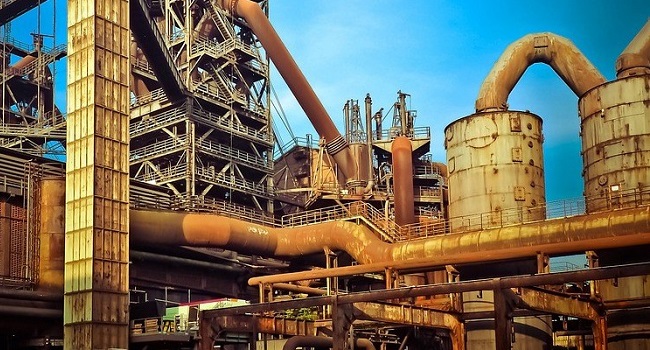 Plans to resurrect the dormant Ajaokuta Steel Company Limited might have been dealt a blow as the company involved in the botched concession of the steel company, Global Steel Holdings Limited is preparing for a fresh legal battle with the Federal Government.

This was made known on Thursday by the Minister for Mines and Steel Development, Olamilekan Adegbite, while inspecting the National Iron Ore Mining Company (NIOMCO) at Itakpe, Kogi State.

NIOMCO was reportedly relinquished to Global Steel Holdings after the breakdown of the concession of Ajaokuta Steel Company for a 10 years period.

The minister who also inspected the Ajaokuta Steel Complex as part of government plans to revive the national assets said, “as it were, Aladja (steel mill) has already been privatised and sold but Ajaokuta and Itakpe are still in government hands and will produce to the benefit of the people of Nigeria, no matter whose ox is gored.

“These people (Global Steel Holdings), they are not our friends, they don’t want Nigeria to produce steel and they have successfully done it over the years.

“As it were, they are preparing to go back to some court abroad to embarrass Nigeria but I’m sure the country is capable of meeting them at this point and we will not surrender our sovereignty to some individuals.”

President Muhammadu Buhari had gotten the Russian government commitment to revive the moribund steel company on the side-lines of the first Russia Africa Summit last month, held in Sochi, Russia.