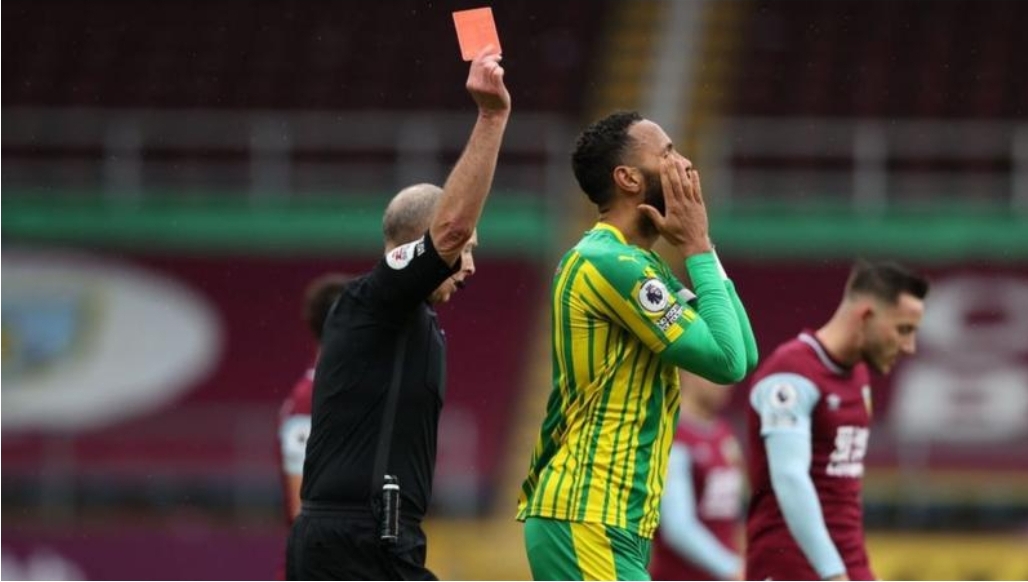 Super Eagles defender, Semi Ajayi was shown a red card as West Brom played a goalless draw with Burnley in the Premier League on Saturday.

Ajayi, who played for only 30 minutes in the game, was sent off for deliberate handball by referee Mike Dean.

The Baggies went on to waste a series of chances in the second half as their efforts failed to result into a goal.

The Sam Allardyce side are second from bottom and continue to pursue safety, while the home point nudged Burnley a bit closer to safety despite remaining in 15th spot.

Earlier on Saturday, Chelsea scored a second-half penalty to hold Southampton to a 1-1 draw.

The Blues have now gone six league games with a defeat under the leadership of manager Thomas Tuchel.

Southampton took the lead in the first half when Nathan Redmond played a brilliant ball to Takumi Minamino, who showed great composure to slot beyond Edouard Mendy.

But the Saints gifted Chelsea an equaliser eight minutes after the break when Danny Ings brought down Mason Mount inside the box.

Mount converted the penalty to secure a point for Tuchel’s men, who stay fourth, one point above fifth-placed West Ham who have a gave in hand.