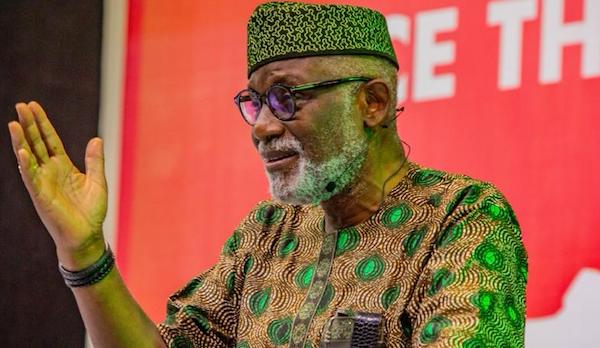 The Ondo State Governor, Rotimi Akeredolu, on Friday imposed a 24-hour curfew on Ode and Isinigbo communities in Akure North local government area of the state following the escalation of the crisis in the areas.

The two communities had been at loggerheads over land matters in the last few weeks.

Gunmen had in early hours of Friday razed the palace of Onijan of Ijan-Ekiti, Oba Samuel Oyewole Babalola Fadahunsi, and killed two people.

Residents of the community told journalists the gunmen shot the monarch’s brother who later died in hospital while their driver was burnt inside the vehicle while trying to escape from the scene.

However, the injured monarch was rescued by residents of the community and rushed to the hospital.

The incident occurred exactly one week after suspected hoodlums attacked the palace of the Ajagunode of Ode community, Oba Adewale Boboye, and set it on fire.

The state’s Commissioner for Information and Orientation, Donald Ojogo, who confirmed the development in a statement, said the curfew takes immediate effect.

He added that security agents had been directed to ensure total compliance with the directive on curfew.

The commissioner said Governor Akeredolu had also ordered a massive manhunt for perpetrators of the violence.

The statement read: “With respect to the curfew, security agencies have been directed to ensure total compliance with the curfew directive.

“For the emphasis, both Ode and Isinigbo communities have been closed down for any unathourised human movement and activity until further notice.”

Related Topics:akeredoluOndo communities
Up Next