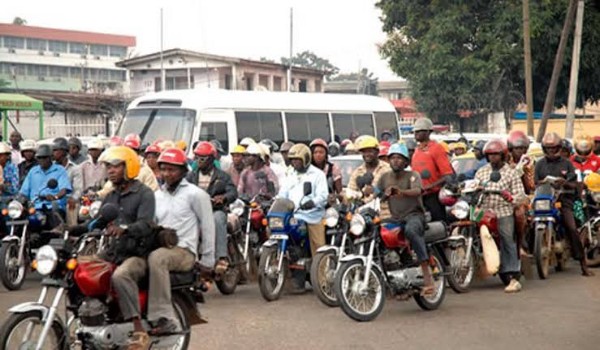 The Governor of Ondo State, Oluwarotimi Akeredolu, has restricted the operation of commercial motorcycles popularly known as ‘Okada’ in the state.

The restriction is also extended to vehicles bearing tinted glasses without necessary permit.

This was made known in a statement by the Commissioner for Information and Orientation, Donal Ojogo on Friday in Akure, the state capital.

According to Ojogo, the restriction is to curtail the high rate of crime and other nefarious activities in the state.

“The Ondo State Government has noted with concern, the worrisome spike in crime rate across the State. In particular, security reports at the disposal of Government are considered signs deserving of serious attention.

“Specifically, the last week witnessed an unimaginable upsurge in robbery, kidnapping and in some cases, murder. This is no doubt, condemnable,” part of the statement read.

Ojogo however, disclosed that commercial motorcycles are to operate within the hours of 6am and 6pm across the state, noting that any operators found culpable shall have his motorcycle impounded.

He noted that the governor has also banned vehicles with unauthorized use of tinted glasses in order to reduce the spike in kidnappings, killings, and robberies across the state.

Vehicles with tinted glasses without a duly certified permit issued by a relevant security agency shall be impounded, he added.

Ojogo, therefore, said the governor urges all security agencies to come out and confront the high rate of crime and criminality in the state.

He also urged residents of the state to provide useful information about crime, criminal elements, and activities in their immediate environment.

Related Topics:akeredoluCarsMotorcyclestinted glasses
Up Next