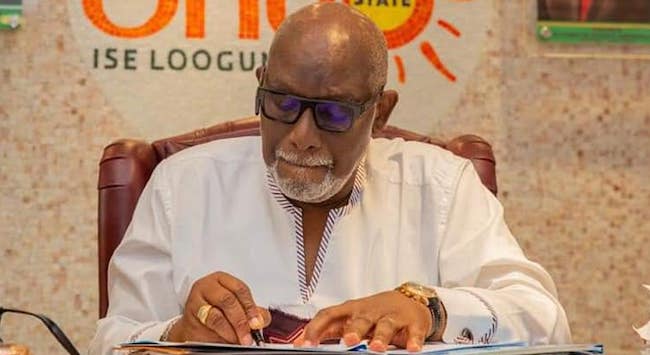 The Ondo State Governor, Rotimi Akeredolu, on Tuesday signed the bills on financial autonomy for the judiciary and the legislature in the state.

The governor signed the bills at a brief ceremony held at the state Secretariat in Akure.

Titiloye, who addressed journalists after the event, said the bills provide for the management of funds accruing to the judiciary and management of the state House of Assembly.

He added that the new laws would promote independence, efficiency, transparency and accountability in the judiciary and legislative arms of the government in the state.

“These new laws are for the management of funds of Ondo State Judiciary and House of Assembly as separate arms of government.

“The laws also provide for the establishment of the House of Assembly Service Commission. It means that these arms of government will be able to have their funds and distribute them.

“They will have the adequate financial strength to do their jobs effectively. The house of Assembly by the new law establishing the service commission now has the power to appoint, promote, engage and disengage its workers.

Report on freezing of Kogi account a joke – Gov Bello