Akpabio is leader of all leaders in Niger Delta, means well for NDDC —Aide | Ripples Nigeria 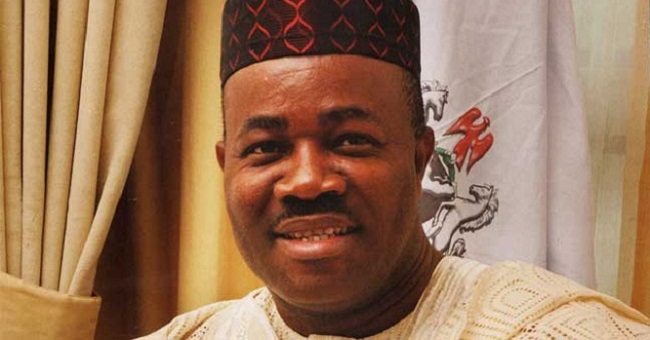 Special Assistant to Minister Godswill Akpabio on Project Monitoring and Special Duties, Anthony Ekene Onwuka says his boss is an uncommon transformer who is the leader of all leaders in the Niger Delta.

Amid controversies currently surrounding the leadership and essence of the Niger Delta Development Council (NDDC), Onwuka was of the opinion that the council must succeed and the region would experience development.

“NDDC must succeed and Niger Delta must register uncommon development. What will I tell my children tomorrow? I must stamp my trademark- uncommon transformation,” he told journalists.

The Minister’s aide went on to appeal to all stakeholders in the Niger Delta region to support Senator Akpabio in his efforts to see that the development council meets its goals in the region.

According to him, “the NDDC is an interventionist agency that has been marred by poor leadership and corruption until the appointment of Senator Akpabio as the Minister of the Niger Delta.

“In his uncommon disposition, Senator Akpabio advised President Muhammadu Buhari to engage the services of forensic auditors to ensure probity and accountability in the commission.”

He said that all the fighting and resistance from some quarters to the NDDC project was because Akpabio wanted to change the narrative by ensuring lasting development.

“The Minister has completed the NDDC’s headquarters after 26 years in the works, a project that defied seven consecutive boards and many CEOs.

“When the Interim Management Committee (lMC) was accused of corruption and ineptitude, Senator Akpabio, the uncommon transformer in his struggle to succeed as a supervising minister of the agency, accepted the introduction of the appointment of an Interim Administrator by Mr President to ensure a smooth-running system pending the completion of the forensic audit report, before the constitution of a substantive board according to relevant sections of our constitution.

“Within this period of the Interim Administrator the NDDC permanent site was completed and commissioned by President Buhari, saving NDDC a whopping 300 million Naira paid as yearly rent by the commission.

“Also, 64 block of flats project was completed, commissioned and handed over to para-military personnel in the Niger Delta region; over 2000 youth projects were initiated by the agency in collaboration with Innoson Motors, LNG, oil and gas companies, to engage the restive youths in the region.

“What about the East -west road where a massive work is ongoing? The road was not motorable until Senator Akpabio came and prioritized the project.

“Most importantly, there was a policy change as regards foreign scholarship. The agency now decided to send some students to our local universities like, Nsukka, Benin, Ibadan, Lagos, Port-Harcourt and Calabar and many others.

“The policy is aimed at promoting our local universities and allowing them to train youths from the Niger Delta region with same budget rather than sending them abroad during this coronavirus pandemic where most schools are ran online.

“Senator Godswill Obot Akpabio is the leader of all leaders in the region and his watch word is ‘Niger Delta must receive uncommon transformation and Nigeria must be better’” Onwuka said.